“Golan,” more than a mash up of jazz and Arab traditions

By admin Last updated Sep 6, 2018
112
Share
By: Rolla
Bahsous
Hubert DuPont’s
“Golan” (Al Joulan) ended the fifth day of the Festival of Arabic Music andArts (FAMA) at Lester Pearson Theater in Brampton last Saturday November 4th, 2017.
Double bass
player, Hubert DuPont was joined by Youssef Hbeisch on percussions, Yousef
Zayed on the Oud, Nabil Ghannouchi on the Nay, and Matthieu Donarier on the
clarinet.
Audience members
had the opportunity to experience the meeting of cultures as Golan’s music
belongs to both jazz and Arab musical traditions.
DuPont’s idea
for Golan came from his initial meeting with Hbeisch, over ten years ago, and
they began playing together. Since then, DuPont began to explore oriental
music. He realized that Hbeisch’s unique rhythms matched his own sound, and
their songs had a “meeting point” that joined both traditions, even though
their “sounds are not always traditional.”
DuPont explains
that the name of his ensemble, Golan,
comes from Syria. The initial title was first conceptualized while DuPont was
visiting Palestine, and realized that Hbeisch and his other team members had a
special connection to the occupied Golan Heights area.
He notes that
his team members explained that “the real name is ‘Al Joulan,’” and came up
with the idea to actually play their music in Majdal Shams, the capital of the occupied
Golan Heights.
When asked how
their music was received in Majdal Shams, DuPont explains that “it was amazing
because people have few cultural events there,” and that it was “an opportunity
to see the everyday life over there. It is really
something to see with many details the humiliations people face every day.”
“Things are
actually much more complicated. When you get there, you get to know and
understand many things that you don’t understand from the outside,” DuPont
notes.
“I don’t believe
we can change the world with music, but I think that we musicians do some
things that other people maybe cannot do because we mix the cultures and we
play together. Music is a good beginning to make things right, to unite people.” 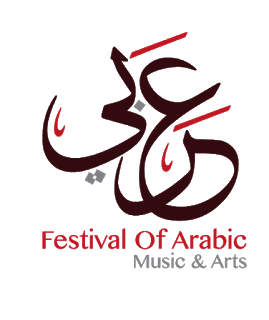 For
more information about FAMA, and to buy tickets to the rest of the amazing
performances coming up untill Nov 12th, 2017, visit www.canadianarabicorchestra.ca/FAMA
112
Share FacebookTwitterGoogle+ReddItWhatsAppPinterestEmailLinkedin