By admin Last updated Sep 6, 2018
277
Share
The Festival of Arabic Music and Arts 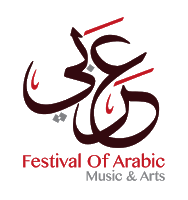 Audiences in the Greater Toronto Area are in for a treat, as the
Canadian Arab Orchestra is preparing for the inaugural Festival of Arabic Music and Arts (FAMA) – the first of its kind in Canada.
The Festival of Arabic Music and Arts (FAMA) will run from October 28th
to November 12th and will include a variety of events and live musical
performances. Local Arab and non-Arab performers, as well as world renowned
artists like Charbel Rouhana, Naseer Shamma and Faia Younan, will perform in
various venues across Brampton, Toronto, and Mississauga. Also included are a
variety plays and shows, including the highly anticipated visit by satirist
Bassem Youssef.
What makes this festival, FAMA, extra special? The premiere of two
original Canadian Arabic Orchestra productions: Jazzy Arabia and Origins-Indigenous/Arabic. 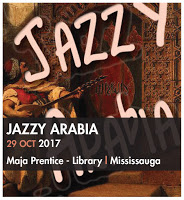 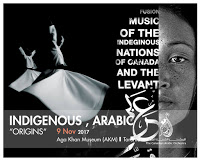 Origins is a new and highly anticipated
collaboration between the Canadian Arabic Orchestra and poet/singer, Hassan
Tamim. This performance on November 9th is a rare opportunity to see
the fusion of cultures, combining the sounds of Arabic music with that of the Indigenous
nations of Canada. Not only will this performance pay respect to the Indigenous
nations of Canada, but through music and dance, Origins will showcase different musical heritages under the common
theme of humanity. Several artists, including Indigenous artist LauraGrizzlypaws, will work together to highlight the shared struggles of the
Indigenous nations of Canada, drawing similarities to the struggles of the
Indigenous populations of the Levant (Iraq, Palestine, Lebanon, Syria, and
Jordan). 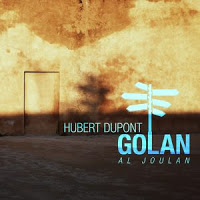 FAMA audience members interested in these hybrids and new sounds will
also enjoy the intersection of jazz and Arabic music in Golan, set to take place on November 4th. This performance will also give the audience a chance to interact
with the artists between musical numbers. This interactive concert is as much
about the examination of the musical instruments, the experiences of the artists,
and the meeting of cultures, as it is about the music itself.
The festival organizers are expecting around
14,000 audience members over the span of 16 days of both ticketed and free
performances. Audiences can get a taste of Arabic music starting in
mid-September with free pre-festival performances across the GTA. For more
information about FAMA, visit www.canadianarabicorchestra.ca/FAMA 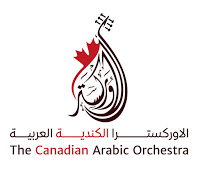 The CAO is a not-for-profit organization registered in Mississauga
with the prime objective of promoting multi-cultural dialogue and understanding
through the universal language of music. The mission of the Canadian Arabic
Orchestra is “To Connect, Enrich, and Inspire Through Music”; to
connect people from diverse cultures, and reconnect people from Arab origins
with their roots. The organization also aims to enrich by educating people
about the vast Arabic cultural and musical heritage, and to inspire more
musical creativity resulting from exposure to this type of music by both Arab
and non-Arab musicians who wish to contribute to the music scene in Canada by
composing and writing new music. Over the past two seasons, from September to
May, the Orchestra has held more than 30 concerts in Ottawa, Montreal,
Kitchener, London, Mississauga, Toronto, and Oakville performing to an audience
of 12,000. The CAO has performed at the Mississauga Living Arts Centre,
the Aga Khan Museum, the Maureen Forrester Recital Hall in Waterloo, the
Algonquin Commons Theatre in Ottawa, and most recently at the Stratford Summer
Music Festival (2016) and Luminato Festival (2017).
277
Share FacebookTwitterGoogle+ReddItWhatsAppPinterestEmailLinkedin