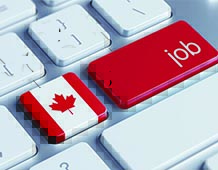 The labour underutilization rate, which captures the full range of people who are available and want to work, rose 2.3 percentage points to 17.0% in April.

The number of Canadians unemployed for 27 weeks or more increased to 486,000.

Accommodation and food services accounted for more than two-thirds (70.9%) of the overall employment gap (-503,000) compared with February 2020.

Employment increased in public administration (+15,000); professional, scientific, and technical services (+15,000); and finance, insurance, and real estate (+15,000), three industries where many activities can be performed remotely.

Employment in goods-producing industries was little changed in April.

Employment in British Columbia declined by 43,000 (-1.6%)—the first decrease since substantial employment losses in March and April 2020.

Employment increased in Saskatchewan and New Brunswick, while there was little change in all other provinces.