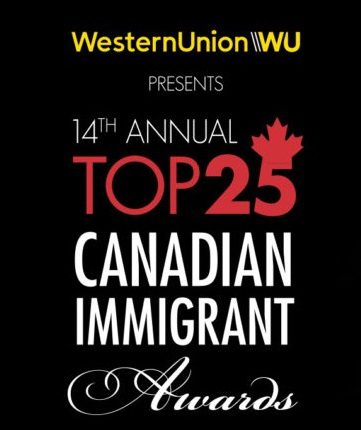 For more than a decade, Canadian Immigrant magazine’s Top 25 Canadian Immigrant Awards program has been the leader in sharing and celebrating inspiring stories of immigrants. The stories of their immigration journeys, the barriers they have overcome, their amazing achievements and the difference they have made in their adopted country are important to share. He is the MPP for Mississauga—Erin Mills, elected in 2018 under the Ontario Progressive Conservative Party. Sabawy became the first elected parliamentarian from Egyptian origins in Canadian history.

He helped pass several important pieces of legislations and was a key contributor to Bill 27, Bill 88 and Bill 106 of the second session of the 42nd Ontario Parliament. These bills:

Increased mobility of licensed workers between the provinces — especially immigrant — allowing more to move to Ontario.

Accelerated the process for internationally trained medical staff getting registered with a medical regulatory board in Ontario.

In October 2019, he was called to serve as the Parliamentary Assistant to the Minister of Heritage, Sports, Tourism and Culture Industries, helping to support this hard-hit industry during the Covid-19 pandemic.

In 1995, Sabawy and his wife, Mary, immigrated from Egypt and chose Mississauga as their home, where they raised their two sons David and Christopher. Sabawy understands the challenges facing his local community.  He has been an active member of many local groups including the Inter-Faith Committee of Peel, the Peel Region Inclusion & Multi-Culture Task Force, the Mississauga Post-Secondary Education Task Force and the Canadian-Coptic Community Centre. He received an award as an Ambassador of Peace by the Universal Peace Foundation both in 2018 and in 2020.

Outside of politics, Sabawy is a computer network and IT technologies professional with over 30 years of experience.  He has worked at some of the largest companies and financial institutions in Canada and managed a successful consultancy business as an entrepreneur. He has also worked as a professor of IT at George Brown and Centennial Colleges. Mohamed Khalil is a multi-award-wining entrepreneur, CEO of Pyrocycle and Ph.D. candidate at the Department of Chemical Engineering at Polytechnique de Montréal). Holding a bachelor’s and master’s degree in mechanical engineering, he started his career based on his patent-pending technology for recycling end-of-life electronics waste.

His Ph.D. project focused on developing a new thermochemical process for recycling end-of-life electronics waste, which could greatly facilitate moving forward to produce clean and high-quality products including the recovery of precious metals. In April 2017, he was selected among the Top 25 emerging entrepreneurs in Quebec by the Claudine and Stephen Bronfman Family Foundation and C2 Montréal.

He won the province-wide Forces Avenir 2017 Award for the best university project in the Entrepreneurship, Business and Economy category. He was the National Finalist of Startup Canada Awards 2017 (Category: Newcomer Entrepreneur). He was selected among the six young innovators supported by the Fonds de recherche du Québec (FRQ) as part of the entrepreneurial contest Adopte inc. 2018.

In September 2018, he was honoured as a Clean50 – Emerging Leader, for demonstrated leadership in sustainability through the development of his innovative solution for recycling electronic waste, and his project was named as one of Canada’s Clean50 Top Project Award winners. He was selected as a Canadian delegate for the G20 – Young Entrepreneurs’ Alliance 2019 that was held in Japan. She is the Canada director at Human Rights Watch, one of the world’s leading international human rights organizations. Based in Toronto, she monitors human rights abuses across Canada and advocates for a rights-respecting Canadian foreign policy.

Born in Egypt, Deif has dedicated her life to advancing human rights in the Middle East and around the world. Deif’s family immigrated to Canada when she was a child, settling in Thornhill where she continues to live with her son today.

For the past 20 years, she has been actively involved in the human rights field, interviewing victims as part of investigations to document abuses and engaging in targeted advocacy to press for change. She participated in Human Rights Watch’s first fact-finding missions to Libya and Saudi Arabia and has published extensively on human rights abuses across the region.

Taking on one international crisis after another, Deif plays a vital role in global efforts to advance justice and accountability for the world’s most persecuted people. Deif regularly meets with affected communities, engages with government officials and testifies before parliament to promote action on human rights. Her work in partnership with other advocates is vital in advancing human dignity globally. Named a Business Leader of Tomorrow by Business in Calgary, in addition to a leader under 40 by Control Engineering magazine, Wael Badawy built his career in both academia and business in Canada after immigrating from Egypt in 1997 to Montreal.

He received his PhD in 2000 from the University of Louisiana at Lafayette. He joined the University of Calgary, where he was promoted to an associate professor in 2003 and then to a tenured full professor in 2006. In 2009, he was acting as executive president of ABM College Calgary. He also served as an adjunct professor at the University of Alberta (2003-2005). During his academic career, he also taught and held top administration positions at different international universities in U.A.E., KSA, Egypt, Singapore, Taiwan and the U.S.A.

In his early career, Badawy became a leader in video technology and is now at the helm of several technology-based companies in video analysis. By 2003, his research created an opportunity for a spin-off company known as Smart Camera Technologies Inc., where he later became the CEO. With a leading researcher guiding the company, Smart Camera Technologies Inc. has become a leader in video analytics and surveillance.

Settling in Canada For Ukrainians Explained