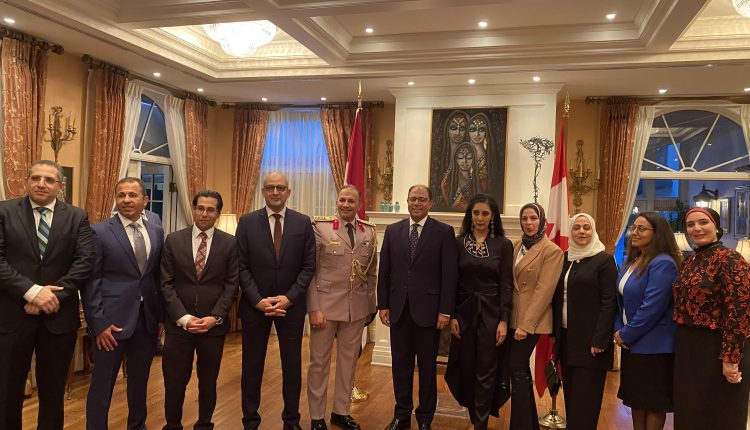 The Egyptian embassy in Ottawa on Wednesday celebrated the 70th anniversary of the 23rd of July Revolution at a reception party and welcomed distinguished guests, high-profile officials, and foreign diplomats. The celebration was held at the Egyptian Ambassador Ahmed Abu Zeid’s residence in Ottawa. The ambassador gave a speech about the unique relations between Egypt and Canada, which was fortified during his four-year-post.

Among the attendees were Consul General of Egypt in Montreal, Ambassador Houssam Moharram, Cindy Termorshuizen, the Associate Deputy Minister of Foreign Affairs for Global Affairs Canada, senior Arab, african and foreign diplomats, MPP Sheref Sabawy and leaders of the Egyptian Community from different parts on Canada. For his part, Consul General, Houssam Mouharam, held a reception on the same occasion in Montreal, with the participation of Egyptian and Arab community in Quebec and Madam Helene Drainville, the representative of the Quebec government.