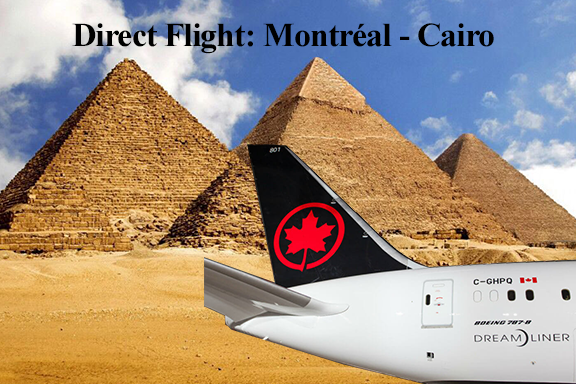 For his part, Adel Boulos, President – ECBN – Egyptian Canadian Business Network, hailed the decision, describing it as important and will foster bilateral relations between Egypt and Canada in various domains.
“The decision will benefit both sides, as Egypt could be a hub to all Air Canada flights to Africa and Middle East,” Boulos told MEDIAinTORONTO.
He underlined that the seasonal flights will also serve the Egyptian community in Montreal, who had to travel to Toronto to take a direct flight to Cairo.
Montreal’s Canadian Arab community is the largest population gathering of Canadian Arabs in a Canadian city, accounting for 33% of the total population of Canadian Arabs residing in Canada.
Air Canada has direct flights to Dubai and Doha from Toronto and to Algiers and Casablanca from Montreal.