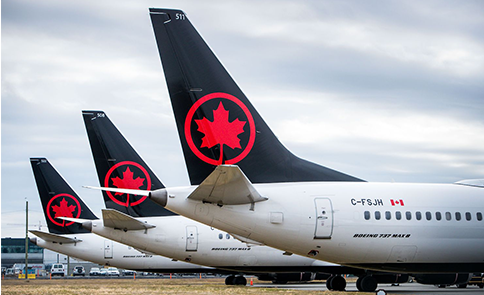 Air Canada to refund customers for canceled flights due to pandemic

The head of Canada’s largest private-sector union said on Thursday that Air Canada has agreed to refund customers for flights that were canceled or postponed due to the COVID-19 pandemic as a precondition for any bailout deal.

Refunding passengers who lost money on canceled flights when the coronavirus pandemic struck has been a major discussion point around the question of whether the Canadian government will offer a bailout to the airline.

The airline has made the pledge repeatedly during negotiations with the federal government over an aid package for the battered sector, said Dias, who noted talks are ongoing.

Air Canada took issue with Dias’s take, saying no such conversation took place within the past week or beyond.

The airline said that discussions are ongoing, but no deal has been reached.

“The government is in discussions with air carriers on potential additional financial assistance,” said Jessica Eritou, a spokeswoman for Finance Minister Chrystia Freeland.