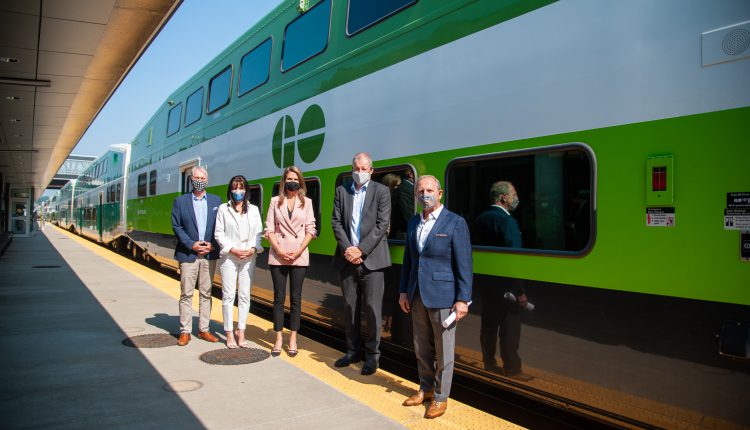 “For far too long, commuters in Hamilton have had to rely on Aldershot GO Station in Burlington to access Union Station. Better connecting regions throughout the province has been a goal for our government since day one, and that is why we are delivering this much-needed expansion of transit services into the City of Hamilton,” said Minister Caroline Mulroney. “The introduction of hourly train service each day of the week will give Hamilton residents another way to get to and from cities along the Lakeshore West GO line, helping drive long-term economic growth and job creation throughout the Greater Golden Horseshoe.”

Starting August 7, GO train passengers will be able to easily ride to and from Hamilton’s West Harbour GO Station without needing to transfer at Aldershot GO Station. Commuters will have the convenience of a closer station with parking and bike racks, as well as increased access by walking, biking, “Families and commuters throughout Hamilton rely on West Harbour GO station and the Lakeshore West line to get around every day,” said Donna Skelly, MPP of Flamborough—Glanbrook. “With increased hourly two-way service between Toronto and Hamilton, it’s clear our government is committed to delivering the kind of transit services that people need and deserve.”

“All day GO Train service will better connect passengers making it more convenient to access public transit and commute to neighbouring cities. It will also make it easier than ever before for visitors to arrive here by train. In addition to being an important economic driver, with more businesses opening up travelling through this corridor, creating more flexible travelling options will contribute to a better quality of life for those accessing the GO.” Said Fred Eisenberger Mayor of Hamilton

The province also continues to work closely with the City of Hamilton and the federal government to advance the Hamilton LRT – Ontario’s fifth priority transit project. The Hamilton LRT is a shovel ready project that will support economic and population growth and spark investments across the region, providing benefits to the residents of Hamilton by improving connectivity to institutions and transit hubs including McMaster University, City Hall, Tim Hortons Field, Eastgate Square, and the employment centre of Downtown Hamilton.