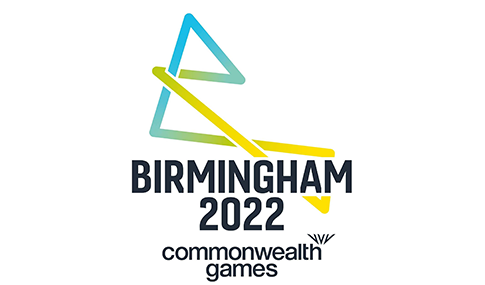 The Commonwealth Games Federation (CGF) Coordination Commission has stated they are confident that Birmingham 2022 is fully on track to stage a fantastic sporting competition that will be an incredible showcase of the city, the West Midlands, and the UK, a media release said.
The Coordination Commission (CoCom) is responsible for delivery oversight of the Commonwealth Games and tasked with monitoring the event to ensure it is delivered to scope, schedule, and budget. This week marked the sixth CGF CoCom review of Birmingham 2022, Facebook page with sessions undertaken virtually.
Since the previous CoCom visit in December 2020, significant progress has been made in the delivery of the multi-sport competition across numerous areas.
Construction on the Sandwell Aquatics Centre (which will host the diving and swimming events) and Alexander Stadium (set to stage athletics and ceremonies) is continuing to progress well while Birmingham 2022 have now unveiled Perry, the official mascot for the Games.

In addition, the Organising Committee has unveiled an ambitious legacy plan which includes plans to deliver the first ever carbon-neutral Games, making the event a global leader in the staging sustainable, environmentally-sound sporting competition.
CGF CoCom Chair Bruce Robertson of Canada, who also serves as CGF Vice President, said that his team of experts have been delighted to see such positive progress across all areas.
CGF CoCom Chair Bruce Robertson said: “The Birmingham 2022 Organising Committee and partners have done an outstanding job in ensuring delivery plans for the Games remain fully on track.
“The team have responded superbly to every challenge that has arisen and the rate of positive progress that has taken place despite the ongoing global pandemic has been quite remarkable.
“The Organising Committee is continuing to recruit for numerous roles locally and provide contracts to businesses based in the West Midlands, ensuring a significant socioeconomic boost to the local community and real legacy benefits when the region needs it most.
“The CoCom members were particularly pleased with the ambition to stage the first ever carbon-neutral Games, setting out an exciting long-term blueprint for future Commonwealth Games.
“With the recent launch of the Birmingham 2022 volunteering programme: ‘the Commonwealth Collective’ and many more announcements scheduled in the coming weeks and months ahead, including the launch of ticket sales and the Queen’s Baton Relay, we have no doubt excitement in the Games will continue to grow as the region accelerates its preparations to host a fantastic competition.”
Ian Reid, Chief Executive Officer for Birmingham 2022, said: “Preparations for the Birmingham 2022 Commonwealth Games are going extremely well and we are delighted with the positive feedback from the CGF Coordination Commission on our progress.  This has been a really great week for the Games, as we launched our volunteer programme on Tuesday, and I’m pleased to report that we’ve already received thousands of applications from people who can’t wait to be part of the ‘Commonwealth Collective’.
“Birmingham 2022 sits at the heart of a superb summer of sport next year and we’re looking forward to making history by delivering the biggest ever Commonwealth Games sports programme, with 19 sports and eight different Para sports, along with a six-month cultural programme that will entertain, engage and embrace millions of people.
“As always, we are grateful for the support and advice from Bruce and his colleagues on the CGF Coordination Commission and we look forward to providing them with further updates on all of our progress over the next 12 months.”
Alongside Robertson, the other members of the five-person CoCom are Association of Summer Olympic International Federations (ASOIF) Executive Director Andrew Ryan, CGF Chief Operating Officer Darren Hall, Former Glasgow City Council Director of Governance and Solicitor to the Council Carole Forrest and Commonwealth Games Scotland Head of Games Operations Elinor Middlemiss.
They are supported by the CGF Management Team and CGF Partnerships, who have embedded resources integrated in the Birmingham 2022 delivery teams and provide significant previous Games expertise.
The next CGF CoCom is scheduled to take place later this year.

Air Canada to boost network with new routes to Europe, US

Final Round of 2022 Concacaf WC Qualifying to resume on Jan. 27

Final Round of 2022 Concacaf WC Qualifying to resume on Jan. 27

MPP Rod Phillips To Step Down, Will Not seek re-election in June

Minister Ng speaks with India’s Minister of Commerce and Industry, Consumer Affairs and Food and Public Distribution and…

Housing prices in Canada to keep rising through 2022 – report