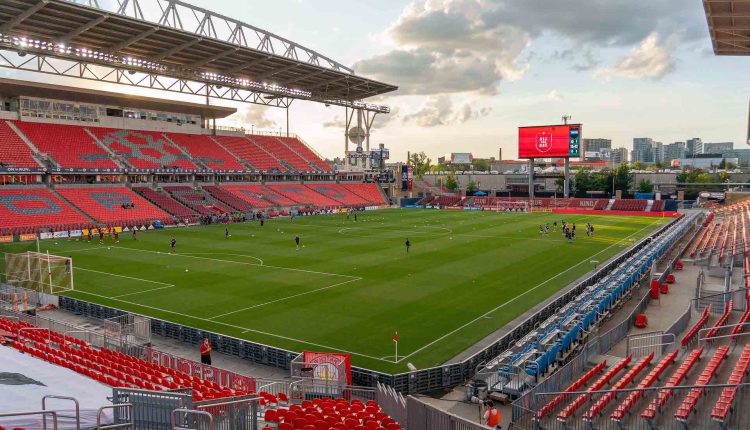 Mayor John Tory said on Monday that BMO Field could be temporarily expanded to accommodate upwards of 45,000 fans if Toronto is chosen as one of the host cities for the 2026 World Cup.

Tory was joined by Maple Leaf Sports and Entertainment chair Larry Tanenbaum and Ontario’s Minister of Heritage, Sport, Tourism and Culture Industries Lisa MacLeod, to welcome a delegation from FIFA — who are considering Toronto’s bid to host the international football (a.k.a. soccer) championship along with other North American cities.

The North America united bid would see Toronto hosting multiple games and major fan events over the course of the 30-day tournament.

In a news release, city officials made it clear that hosting would mean a great deal for Toronto and Ontario. The FIFA World Cup is the largest single-sport event on the planet, happening every four years — and the city said the 2026 event will be the biggest World Cup ever, with 48 teams competing.

“The capacity and facilities to create a unique and exciting event in 2026 and I know that our partners, city ambassadors, and residents will play a key role in making this possible,” Tory said in a release. “Over the years, Toronto’s presence on the world stage has been growing and a large part of that is due to the diverse and inclusive city we have created.”

FIFA officials have already visited all 21 cities that are under consideration to host games during the 20226 World Cup and the Toronto trip marked the final site visit as part of the selection process.

FIFA Vice-President and CONCACAF President Victor Montagliani told reporters that the presentation the delegation received on Monday “exemplified not only the nuts and bolts of what’s required” but also included a lot of detail about what football has meant to the city.

“Football has been here a long time but obviously it has gone to another level I would say over the last 10 years and that was all evident in their presentation,” he said. “It was very through and excellent and of course we have to do our due diligence and will continue to do that but it was a pleasure to be here.”

FIFA officials have said that they plan to make a final decision regarding the list of host cities in the first or second quarter of 2022.

Contribute to a great cause Saturday August 28, 2021 for Sick Kids of Canada