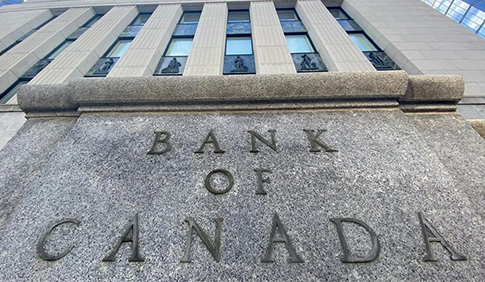 Bank of Canada continued its campaign to wrestle high inflation into submission on Wednesday, raising its benchmark interest rate by 50 basis points to 3.75 per cent.

The move marks the sixth consecutive rate hike by the central Bank this year. Since March, the Bank of Canada has raised its key interest rate to 3.75 per cent from 0.25 per cent, making it more expensive for Canadians and businesses to borrow money.

Most economists had expected an interest rate hike, but many were calling for a larger 75-basis-point step.

The Bank of Canada said in a statement accompanying its rate hike that higher interest rates, an easing in the global supply chain and lower commodity prices are expected to bring inflation down to three per cent by the end of next year and back to the two per cent target by the end of 2024.

But the central bank also said Wednesday that its preferred measures of core inflation are “not yet showing meaningful evidence that underlying price pressures are easing.”

Thanks to elevated inflation expectations and “ongoing demand pressures in the economy,” the bank’s governing council said it expects the policy rate will still “need to rise further.”

The bank was widely expected to raise its rate, as the country’s inflation rate is still more than twice as high as the range it likes to see. But the increase of 50 basis points is less than the 75 points that some economists and investors were anticipating.

That could be a sign the central bank is nearing the end of its rate-hiking cycle, but in its statement the bank made it clear it still thinks more hikes are coming.