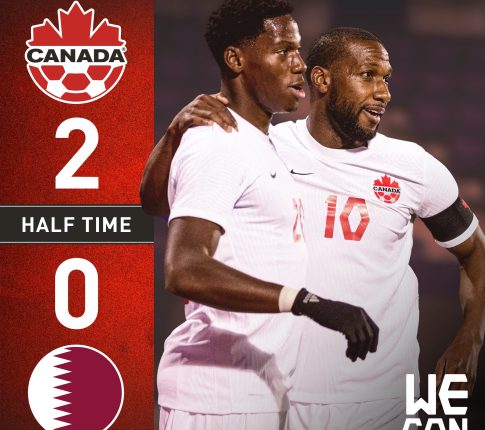 Canada beat Qatar on Friday in an international friendly that was held at the Generali Arena in Austria as part of both teams’ preparation for the FIFA World Cup in Qatar this November.

Cyle Larin scored the opener early after five minutes with a great header from an inch perfect cross from Adekugbe. Eight minutes later Canada doubled their lead, this time through Jonathan David.

Qatar is ranked 48th in the world, five places below Canada. The World Cup hosts will play out of Group A at the World Cup along with the eighth-ranked Netherlands, No. 18 Senegal (the reigning Africa Cup of Nations champion), and No. 44 Ecuador.

Canada, which has never faced Qatar before, takes on No. 13 Uruguay next Tuesday in Bratislava, Slovakia.

Canada’s final World Cup warmup is Nov. 17 against No. 24 Japan in Dubai. The Canadians open tournament play against No. 2 Belgium on Nov. 23 in Group F.