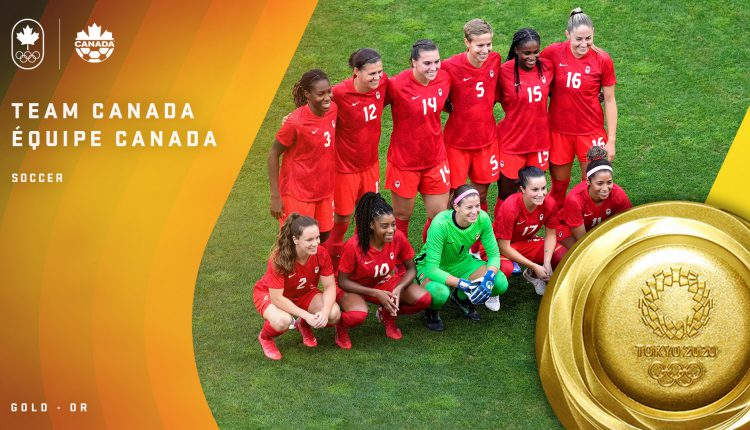 Canada reigns supreme in Olympic women’s soccer for the first time ever, after defeating Sweden 2-1 in a penalty shootout in the women’s soccer final at the International Stadium in Yokohama on Friday.

The game was decided in penalty kicks after two periods of extra time with the game tied 1-1. Julia Grosso scored the game-winner for Canada. The two teams traded points back and forth, then the shoot-out went into sudden death.

Jessie Fleming and Deanne Rose also scored for Canada in the shootout, while goalkeeper Stephanie Labbe turned aside two Sweden shooters, and two others missed.

Fleming scored for Canada in regulation to tie the game in the second half after Stina Blackstenius had given Sweden the lead in the first half.

Canada went into the tournament with two bronze medals from the previous two Olympics and now has gold to add to its collection. Sweden had to settle for silver for the second consecutive Olympics.