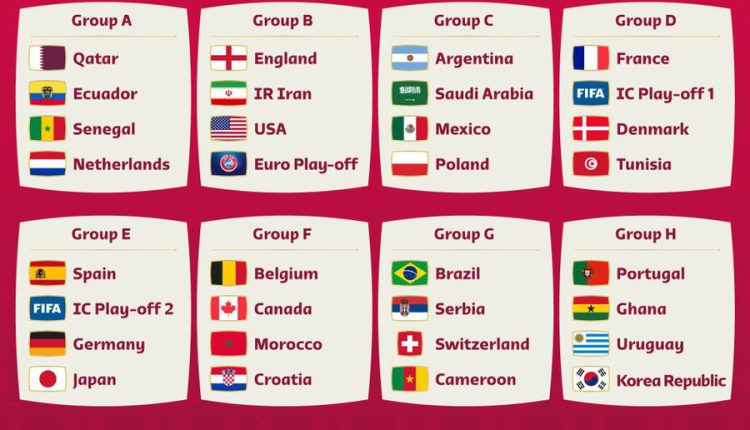 Canada has been sitting in Group F, alongside Belgium, Morocco, and Croatia in the FIFA World Cup 2022 during the official draw that took place in Doha, Qatar on Friday.

This group will see a match-up of World Cup finalists in 2018 Croatia taking on semi-finalists from that same year Belgium, in an encounter that will surely grab global attention. Both sides will be viewed as being among the favorites to win the tournament.

Belgium is currently ranked No. 2 in the world, coming off a third-place finish in 2018 and still boasting world-class players in Kevin de Bruyne, Romelu Lukaku, and Eden Hazard — although the pressure is on the Belgians in what seems like the final run for an aging core.

For the first time since 1986, Canada will also appear at the tournament and will be optimistic about their chances of reaching the knockout phase after finishing top of their qualification group.

Morocco fills the other spot in Group F, looking to fly the flag for Africa once again after gaining a credible 2-2 draw against Spain at Russia 2018.

There is also Croatia, which is currently 16th in the FIFA World Rankings and was runner-up to France in the 2018 World Cup.

The complete draw is as follows: