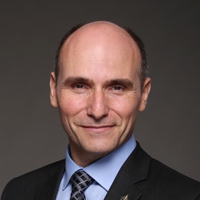 Canada is increasing testing requirements for international travellers and dropping its travel ban on flights from Egypt and nine other African countries.

A travel ban on African countries started shortly after the variant was discovered in November. At first, the ban was in place for travellers coming from South Africa, Mozambique, Namibia, Zimbabwe, Botswana, Lesotho and Eswatini. The on Nov. 30, three other countries were added – Nigeria, Egypt, and Malawi.

Minister of Health of Canada Jean-Yves Duclos also told reporters that Canada would once again require people returning home after foreign trips of less than 72 hours to produce a negative test.

Starting Dec. 21, all travellers entering Canada will need to show proof of a negative molecular test, like the polymerase chain reaction (PCR) test.

“We’re not in a popularity contest here,” Duclos said, calling for the 10 provinces to impose more public health measures. He described the situation as “dramatic and critical,” especially as Omicron looks set to replace Delta as the dominant variant soon.

Even as airlines such as WestJet question Canada’s response, Duclos said once again, now is not the time to travel. “Once you have left the country once you are stranded, once you’re once you are sick, there is little the Canadian government can do to help you,” he said.