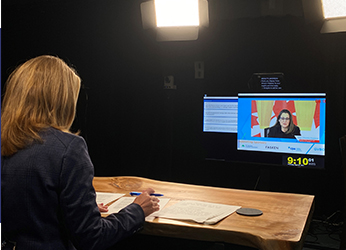 Finance Minister Chrystia Freeland said that the country needs a boost in the supply of housing to help make prices more affordable.

Speaking at a virtual event on Thursday, Freeland said the federal government wants to work with lower levels of government on the issue, saying there is more that cities, provinces and Ottawa can do together.

Freeland didn’t detail what other options could be out there during her hour-long talk with the Greater Vancouver Board of Trade.

Monday’s federal budget promised $2.4 billion over five years, beginning with nearly $1.8 billion this fiscal year, for affordable housing and pledged to tax foreigners who own vacant homes in Canada.

Freeland said the government would take into account concerns from places like Whistler, B.C., where a vacancy tax may be problematic for Americans who own vacation properties in the area.

Our thanks to the Deputy Prime Minister and Federal Finance Minister, The Honourable Chrystia Freeland.

While housing shouldn’t be used by foreign buyers to store wealth offshore, Freeland said that affordability concerns are first and foremost an issue of supply.

“Something that we want to work with provinces, municipalities on is really finding more and more creative ways to increase housing supply in Canada,” Freeland said during the event, one of several designed to promote budget measures.

The federal government has faced increasing pressure to intervene in Canada’s hot housing market where the average sale price in March reached a record $717,000, a year-over-year increase of 32 percent, according to the Canadian Real Estate Association.