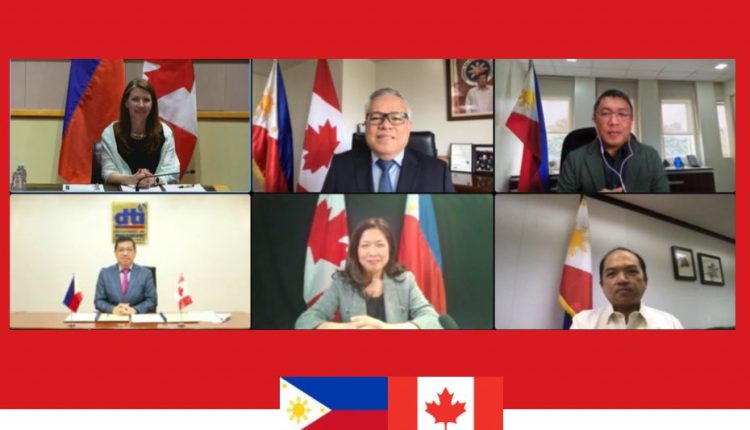 Mary Ng, Minister of International Trade, Export Promotion, Small Business and Economic Development, and the Ramon Lopez, the Philippines’ Secretary of Trade and Industry, have witnessed the signing of a memorandum of understanding (MOU) between Canada and the Philippines to establish a Joint Economic Commission (JEC).

During the virtual ceremony, Minister Ng emphasized the importance of the JEC as another step in deepening trade relations between Canada and the Philippines, and building stronger economic linkages in the Indo-Pacific. She highlighted that the JEC will improve dialogue and collaboration on shared and emerging economic, investment and trade priorities—including in growth sectors such as renewable energies, infrastructure, agriculture, sustainable mining, and information and communications technology. The JEC will allow for the participation of stakeholders to help ensure that the interests of businesses and workers, especially SMEs and underrepresented groups, are promoted.

The Philippines is an important global trading partner for Canada and a vital economic player in the Indo-Pacific. By establishing the JEC, the Government of Canada is advancing trade diversification in the region and encouraging job-creating foreign investments. The new mechanism builds on the momentum created by the recent launch of trade negotiations between Canada and the Association of Southeast Asian Nations (ASEAN), of which the Philippines is a member, and is another important milestone in the deepening of Canada’s partnerships with dynamic economies across the Indo-Pacific.

In discussions with Secretary Lopez after the signing ceremony, Minister Ng congratulated him on economic reforms by the Philippines that facilitate further trade liberalization. She condemned Russia’s unprovoked and unjustifiable invasion of Ukraine, which is a direct violation of the rules-based international order and cannot be allowed to continue.  She also welcomed the resumption of business travel and tourism between Canada and the Philippines as economies re-open from the COVID-19 pandemic.