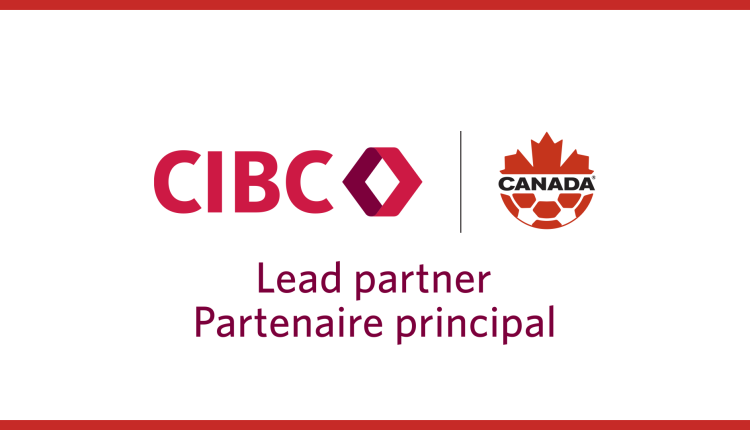 CIBC has announced a new multi-year sponsorship agreement with Canada Soccer and the Canadian Premier League that reflects the organisations’ shared purpose of further strengthening the relationship with Canadian soccer fans from coast to coast to coast while supporting the growth of the sport at a grassroots level across the country.

“Our CIBC team is proud to support Canada Soccer and the Canadian Premier League as the sport in this country continues to reach new heights and brings Canadians together,” said Stephen Forbes, Executive Vice-President, Purpose, Brand and Corporate Affairs, CIBC in a statement. “We look forward to helping Canada make our mark on a game where everyone belongs and is celebrated for who they are and where they come from. As the gold medal winning Women’s National Team prepares for a FIFA World Cup in 2023, the Men’s National Team participates in the FIFA World Cup for the first time in more than 30 years, and the Canadian Premier League enters a milestone fifth season, the genuine enthusiasm of our CIBC team will add significant bench strength to an already passionate fan base.”

As part of the sponsorship, the CIBC logo will feature prominently on the training apparel of the Men’s National Team, Women’s National Team, and Para Soccer National Team. The logo will also be displayed proudly at Canada Soccer House in Doha where the Friends and Family will have a dedicated section courtesy of CIBC.

“It is a landmark day for our organisation, and this sponsorship is a game-changer for Canada Soccer and our membership across the country,” said Earl Cochrane, Canada Soccer General Secretary. “We would like to thank CIBC for their trust in the work we are doing. I know we share in the ambition to continue building on our winning legacy and growth as a leading sports brand. I would like to also welcome CIBC to our Canada Soccer family as I know that their genuine fandom will be felt at every level of our country’s soccer ecosystem.”

Together CIBC and Canada Soccer will engage fans in new and unique ways on and off the pitch. The two organisations will work together to grow the sport through national grassroots activities with CIBC becoming the title sponsor of Canada Soccer’s national Active Start Soccer Fest program.

CIBC’s logo will also adorn future CPL jerseys as the bank becomes the front of jersey sponsor for the league’s newest club, Vancouver FC, as well as becoming the sleeve sponsor for all other CPL teams.

The sponsorship will positively impact local communities as CIBC, Canada Soccer, and the Canadian Premier League are committed to growing the game of soccer in Canada, starting with young people engaging in the game.