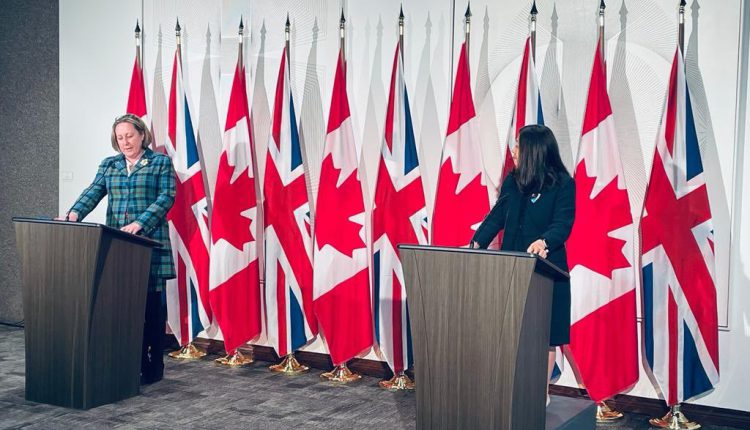 Canada and UK governments have announced the official beginning of negotiations on a new trade deal, seeking to replace an interim deal put in place following Britain’s departure from the European Union.

The first round of negotiations will begin on March 28, 2022. The U.K.-Canada trading relationship was worth over 19 billion pounds ($25.1 billion) in 2020, the U.K. trade department said in a statement. A free-trade pact has “huge potential to strengthen and grow trade between our two countries,” Trade Secretary Anne-Marie Trevelyan said.

The two ministers agreed to pursue an ambitious agreement, one that is inclusive and sustainable, and that will advance our climate goals, strengthen supply chains and help our businesses thrive by benefitting from digital trade.

Minister Ng highlighted that the negotiations are an opportunity to make sure everyone benefits from trade, including women, racialized communities, Indigenous peoples and other traditionally underrepresented groups.

During public consultations in the spring of 2021, Canadians expressed strong support for a free trade agreement with the United Kingdom.

Additionally, during their meeting in Ottawa, the ministers unequivocally condemned in the strongest terms President Putin’s unprovoked and unjustifiable invasion of Ukraine, which is a direct challenge to the rules-based international order. They reaffirmed that Canada and the United Kingdom stands resolute against authoritarianism and with a free and democratic Ukraine.