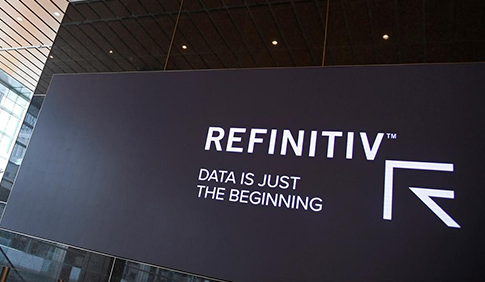 Three of Canada’s biggest banks saw their profits either more than double or more than quadruple in the second quarter of the year, a sign that the worst of the economic toll of the pandemic may be in the rear-view mirror as the country’s biggest lenders are back to raking in the cash.

Net income excluding one-off items rose to $1.67 billion, or $3.59, in the three months ended April 30, compared with $441 million, or 94 Canadian cents, a year earlier. Analysts had expected $3.01 a share, according to IBES data from Refinitiv.

Canada’s biggest bank, The Royal Bank of Canada, posted a profit of $4 billion for the three-month period up until the end of April. That’s up from $1.5 billion in profits for the same time last year when the COVID-19 pandemic was just beginning.

The second-biggest bank, TD Bank, was only slightly behind with a profit of $3.7 billion for the quarter, up 144 per cent from last year.

Similar to the Bank of Montreal’s last quarterly report which set the bar for its peers on Wednesday, CIBC‘s quarter was marked by a significant drop in money being set aside for loans that could go bad. It booked $32 million in total provisions for potential credit losses, down 98 per cent from $1.4 billion a year earlier when banks feared a surge in defaults as a result of COVID-19. The improvement was also evident sequentially, as CIBC had set aside $147 million in its fiscal first quarter.