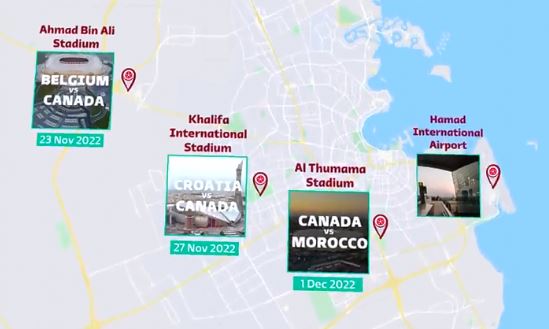 Canada will play its first game at the 2022 FIFA World Cup in Qatar at Ahmad Bin Ali Stadium against Belgium on Nov 23.

The men’s team, which has not played in a World Cup since 1986, has been drawn in a group with No. 2 Belgium, 15th-ranked Croatia, and Morocco, which is 22nd in the current FIFA rankings, for the tournament. Canada is currently sitting in the 43rd spot.

Canada’s second game in the World Cup will be against Croatia at Khalifa International Stadium on Nov. 27, while its third game will be at Al Thumama Stadium on Dec. 1 against Morocco.