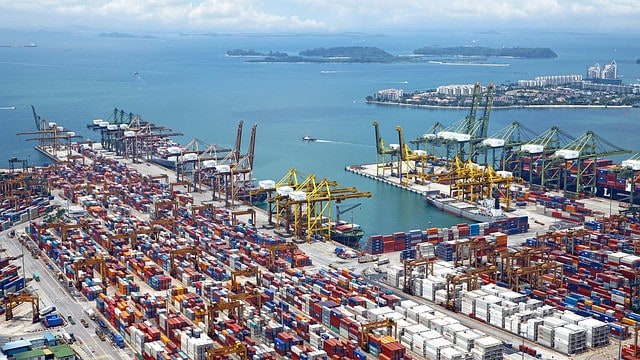 Canada’s trade balance shifted back to a deficit in March following two consecutive months of surplus as imports jumped significantly while exports edged up slightly, Statistics Canada said on Tuesday.

Canada’s imports posted a significant increase of 5.5%, while exports edged up 0.3%. As a result, following two consecutive monthly trade surpluses, Canada’s merchandise trade balance returned to a deficit position, moving from a surplus of $1.4 billion in February to a deficit of $1.1 billion in March, the federal agency said.

Total imports rose 5.5% in March to $51.8 billion, the highest level observed since May 2019. All 11 product sections posted increases, with 9 up to more than $100 million. Year over year, the value of imports rose 6.3% compared with March 2020, when pandemic restrictions began to have a significant impact on Canada’s trade activity. In real (or volume) terms, total imports increased 7.0% in March.

Imports of energy products (+54.7%) posted the strongest gain in March. Since the low observed in May 2020, energy product imports have remained well below pre-pandemic levels, and they were 25.0% below their January 2020 level, when imports of these products last peaked. Imports of refined petroleum products contributed the most to the monthly growth, rising from $279 million in February to $726 million in March, as a result of higher imports of motor gasoline. Crude oil imports (+19.4%) also rose, topping $1 billion for the first time since September 2020. Notably, some of the increase in imports of motor gasoline and crude oil originated from Texas, which was hit by extreme weather and power outages in February.