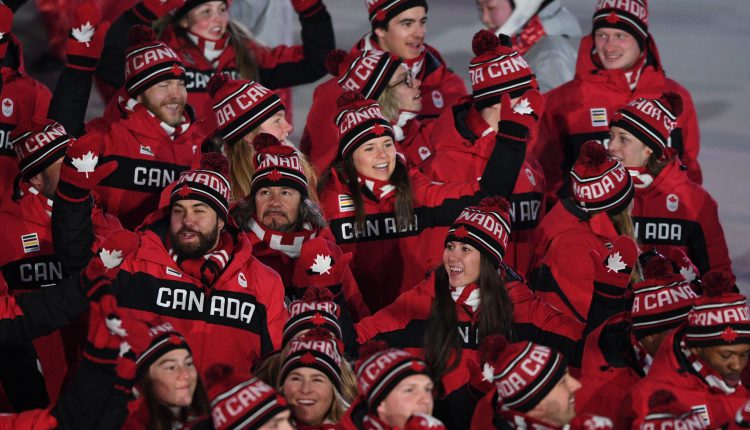 With only 100 days to go until the start of the Tokyo 2020 Olympic Games, the Canadian Olympic Foundation (COF) launched the Olympians Supporting Olympians Bursary to provide financial support for athletes on their paths to Tokyo and Beijing.

The bursary was inspired by Canada’s athletes, whose resilience through the past year has been a source of hope and pride for all Canadians, but especially Team Canada alumni. It was funded by the donations of Team Canada alumni from across the country and supported by the leadership of two-time Olympic champion Rosie MacLennan, Olympic silver medalist Charmaine Crooks, and Olympic champion and member of the COF’s Board of Directors, Mark Tewksbury.

“The Olympic journey is a shared journey, especially in these unprecedented times. We saw the efforts of the athletes, both within the sport and within the broader community, and we were compelled to step forward and express our collective support,” Charmaine Crooks, a five-time Olympian and member of the COF’s Board of Directors, said in a press release.“This bursary is our way of passing the torch to the next generation and of saying thank you for the support we received in years gone by.”

The Olympians Supporting Olympians Bursary arrives at a critical time in sport and is a demonstration of the power of the community of athletes in Canada.

“Community is so important, and we want the Olympic athletes of today and tomorrow to know that their Team Canada family supports them, believes in them, and wants the best for them,” Crooks added. “It’s the shared experience that connects the athlete community.”

More than 80 athletes were nominated by their National Sport Organization. Athletes were selected based on their financial needs due to the postponement of Tokyo 2020 and the likelihood of qualifying for the Olympic Games.

“Team Canada alumni understand more than anyone what it takes to fulfill a dream of competing on the Olympic stage,” David Shoemaker, COC Chief Executive Officer, and Secretary-General, said. “Recognizing the additional needs that have arisen through the pandemic, and supporting the current generation of Team Canada athletes, is Team Canada at its very best. When we stand together, we rise to new heights.”

The bursary will provide financial awards to 30 summer and winter Olympians and Olympic hopefuls.

”These 30 award recipients have the necessary confidence and ability to bring our nation to its feet with awe-inspiring achievements at the Olympic Games and beyond,” Rosie MacLennan, COC Athletes’ Commission Chair, said. “It has undoubtedly been a challenging year and this bursary program provides an Olympic spirit boost to the athlete community with 100 days to go until the Tokyo 2020 Olympic Games.”

Although recipients are encouraged to share their thanks for the generosity of Team Canada alumni, the COF will not be publishing the names of the inaugural Olympians Supporting Olympians Bursary recipients to respect their privacy.

“We are all Team Canada and when we support Canadian athletes, we rise as a nation, stand a little prouder, and collectively draw a little nearer to reaching our dreams,” Cindy Yelle, Chief Executive Officer of the Canadian Olympic Foundation and former Team Canada athlete, said. “Our alumni are helping us deliver on our shared potential. On every podium, behind every record and lifting Team Canada to new heights, stand generous donors like our Olympian alumni.”