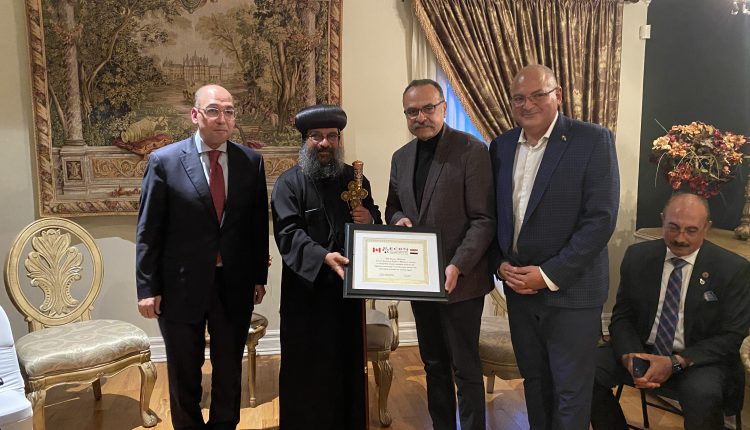 The Egyptian Canadian Business Network (ECBN), on Sunday, organized a farewell party in honor of Consul General, Ambassador Houssam Moharam, at the end of his term in Montreal.

The event was attended by the new Egyptian Ambassador to Canada, Ahmed Hafez, MPP Sheref Sabawy, and a number of Egyptian figures, and businessmen in Canada.

ECBN President, Adel Boulos, delivered a speech during which he praised the role played by Ambassador Mouharam during his term and his hard work in solving all problems Egyptians faced.

For his part, Ambassador Ahmed Hafez, expressed his happiness to participate in this occasion and to meet the Egyptian community and thanked the Consul General for his efforts over the past years. The Egyptian ambassador praised the great role played by the Egyptian community in Canadian society, stressing that the Egyptians are ambassadors for their country in all fields.

The attendees were also keen to thank Consul General Hossam Muharram, wishing Ambassador Ahmed Hafez, success in his new mission as Ambassador of Egypt in Ottawa.