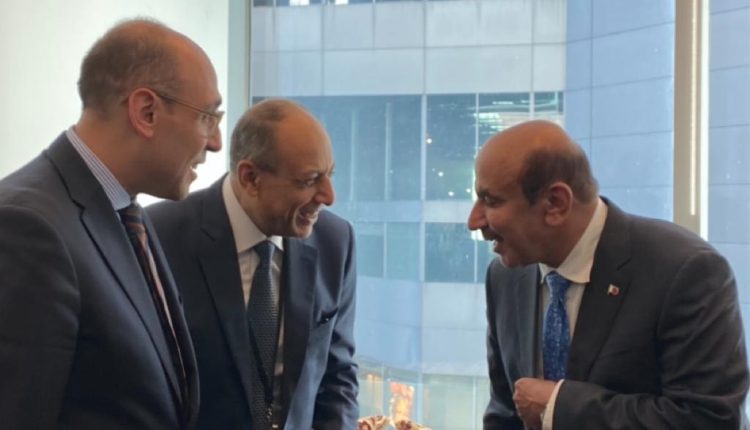 Minister of Civil Aviation Mohamed Abbas on Friday started his visit to Montreal by holding bilateral meetings with a number of international officials and ministers.
The minister left for Montreal on Wednesday, leading a delegation to represent Egypt at the 41st Assembly of the International Civil Aviation Organization (ICAO), which kicked off on Tuesday in the Canadian city.
He had a meeting with the Qatari transport minister on means to boost civil aviation cooperation and open new horizons for bilateral cooperation at the Arab and international levels.
Abbas also had meetings with the general director of the Airports Council International (ACI), Secretary General of the African Civil Aviation Commission (AFCAC), the President of the Nigerian civil aviation authority, and a host of international officials. Abbas is set to shed light on Egypt’s vision about various issues and challenges facing the civil aviation industry, and the country’s role in support of the organization’s efforts for better global air transport industry.
The ICAO Assembly is the organization’s sovereign body. It meets at least once every three years and is convened by ICAO’s governing body, the Council.
ICAO’s 193 Member States and a large number of international organizations are invited to the Assembly, which establishes the worldwide policy of the Organization for the upcoming triennium.
The event’s agenda covers air transport and sustainability policies, the future of the air transport industry in light of ongoing challenges affecting global aviation safety and security, and ways to fight climate change and reduce environmental pollution in line with the organization’s Carbon Offsetting and Reduction Scheme for International Aviation (CORSIA).