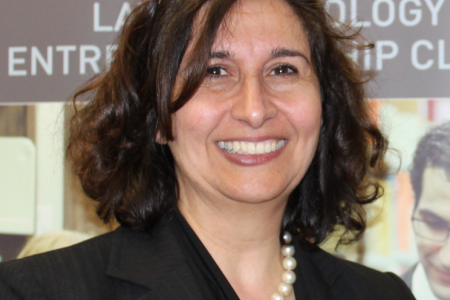 Professor Bahdi has been a faculty member at Windsor Law since 2002 and served as Associate Dean from 2012 to 2015. She has also served on numerous university-wide committees, including Senate, the presidential search committee, and as chair of the Academic Discipline Committee and the Research Ethics Board, the University of Windsor said.

In 2005, she created the largest federally funded judicial education program in the Middle East and, over seven years, led an international team that helped introduce institutional reforms to advance human dignity in the administration of justice.

An interdisciplinary scholar and innovator, Professor Bahdi is an elected member of the Royal Society of Canada’s College of New Scholars, Artists, and Scientists and recipient of the Law Foundation of Ontario’s Guthrie Medal for her access to justice contributions to the profession and people of Ontario.

Professor Bahdi has been the recipient of teaching excellence awards from the Student Law Society on three occasions and has been involved with the academic development of the law school curriculum. She has engaged at numerous points on projects to advance the Truth and Reconciliation Commission’s 94 Calls to Action, to efforts to decolonize the curriculum, and to respond to anti-Black racism.

“I am thrilled to help lead Windsor Law,” says Professor Bahdi. “It is an institution that I care about deeply.”

A historic first for Canada, Professor Bahdi is the first Arab woman and the first Palestinian appointed as Dean of a Faculty of Law in the country.