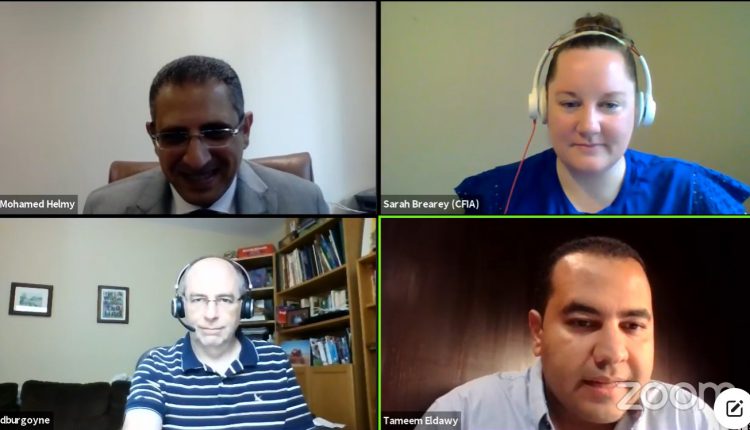 There are great opportunities for Egyptian food products and agricultural crops to expand in the Canadian market, Mohamed Helmy, Egyptian Commercial Counselor in Montreal said on Wednesday. Click here for the full session

His statements came during a seminar organized by the Food Export Council, in cooperation with the Egyptian Commercial Service and the Canadian Food Inspection Agency, under the title “Opportunities to Develop Egyptian Food Exports to Canada.”

Helmy said that in the food industry, there are great opportunities in the frozen vegetable sector (frozen potatoes, frozen peas, frozen green beans, spinach, and mallow).

He pointed out that about 51% of the Canadian population are foreigners, and there are large numbers of the Egyptian community that have requirements for Arab products, in addition to the fact that there are many Arab supermarket chains in the Canadian market, demanding that Egyptian companies communicate with them to identify their needs.

In the field of agricultural crops, Helmy explained that there are great opportunities to expand the export of oranges, pointing out that some exporting companies are exaggeratedly speculating in prices, which causes a big loss to Canadian companies when buying them at higher prices.

He called on exporters to set fair prices when exporting to preserve the reputation of Egyptian oranges, especially since Egypt is the largest exporter of oranges to the Canadian market.

He said that Egyptian products have an advantage, as many Canadian companies, especially in the Toronto region, import products from Egypt and return them to the United States, and American companies re-export them to different countries in the Middle East, which provides an opportunity to increase exports of Egyptian products.