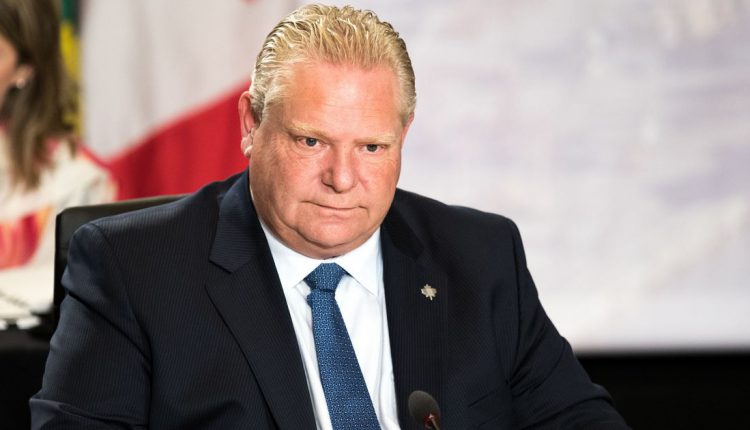 Ontario Premier Doug Ford addressed the crisis in health care by promising to recruit more and ask Ottawa to chip in.

Ford broke his silence Wednesday on the health care crisis engulfing the province, saying the government will be issuing a directive to speed up the accreditation of international nurses as a way of addressing shortages of medical staff.

At a news conference in Stratford, Ont. Ford said the directive to the College of Ontario Nurses, the profession’s governing body in the province, would lead to a “much faster, rapid process” for registering international nurses, who have foreign training but require Canadian credentials before they can practice here.

Ontario Health Minister Sylvia Jones didn’t mention the plan during a Tuesday interview with The Globe and Mail about the staffing crisis.

About 25 hospitals had to close parts of their operations over the long weekend, including emergency rooms, because of staff shortages. Toronto General Hospital issued a “critical care bed alert” Tuesday evening as its three intensive-care units either hit full capacity or lacked enough staff to keep all their beds open.

“We’re in need of more nurses, as many as we can get,” he said on Wednesday. “We’re throwing everything and the kitchen sink at this.”

Despite the increasing challenges, Ford seemed to say that most patients continue to receive adequate care.

“I want to be clear, Ontarians continue to have access to the care they need when they need it,” Ford said.

The Ontario Nurses Association said it heard from its members that 20-24 hospitals were at the breaking point and had to shut down ICU services.

UHN – one of the largest in the province – said staffing, vacations, absences, and the pandemic are major factors pushing them to the brink.

“Due to multiple factors including issues driven by the ongoing pandemic, our ongoing surgical services and needs for hospitalized medical patients, a staffing shortage, and the vacations that people need, we are at capacity in the TG-ICUs,” UHN said.

College of Nurses of Ontario spokesperson Kristi Green said in a statement that the regulatory body will be meeting with the government in the coming days to discuss recruitment efforts.

She said the college has already registered a record 3,967 internationally educated nurses in the first six months of the year – a 132-per-cent increase from the same time period in 2021 – and registered an annual record number of nurses overall.