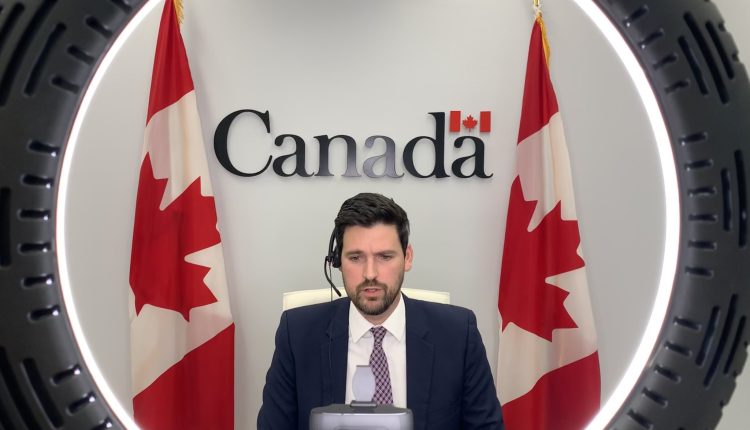 Immigration Minister Sean Fraser said on Wednesday that he has his “full attention” set on tackling the backlogs and creating a more “nimble” system.

This came amid growing fears that skilled immigrants would pick other countries over Canada, because of the unprecedented backlog in dealing with applications.

“It will take resources and will take a little bit of time, but we’re not sitting on our hands,” Fraser told a panel discussion by Canadian Club Toronto on Wednesday, where audience from the business sector, academia, and immigrant services raised concerns over the harm done to Canada’s global competitiveness by the backlogs and long wait times.

Earlier this week, the Liberal government tabled its 2022-24 immigration levels plan to welcome more than 1.3 million new permanent residents to the country over the next three years to help its economy recover from COVID-19 and to drive future growth.

Critics raised doubts about the government’s ability to process the large volume of applications while struggling with an unprecedented backlog, which stands at 1.8 million applications for permanent and temporary residence and citizenship.

On Monday, the Justin Trudeau government announced its new immigration-level plans 2022-24 with an aim to help Canada’s economy recover from the COVID-19 onslaught.

“Immigration has helped shape Canada into the country it is today,” Sean Fraser said in a statement.

“We are focused on economic recovery, and immigration is the key to getting there.”

Immigration had been one of the key drivers of Canada’s economy and accounts for almost all of the nation’s employment growth.