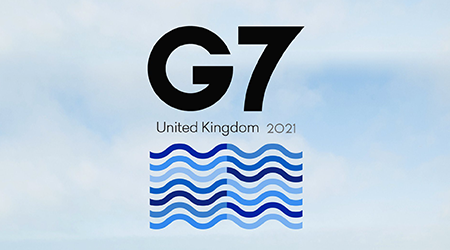 Marc Garneau, Minister of Foreign Affairs, and Karina Gould, Minister of International Development, today concluded their participation in the G7 Foreign and Development Ministers’ Meeting hosted by the United Kingdom.

In London, Minister Garneau took stock of the strong relationship between Canada and G7 countries and had meaningful exchanges with his counterparts on pressing international issues, including threats to international security, democracy, and human rights, and arbitrary detention in State-to-State relations. He also underlined Canada’s shared interest in defending and revitalizing an effective rules-based international order, said a press release.

During his visit, the Minister met bilaterally with his counterparts from Japan, Italy, the UK, European Union, Germany as well as India, Australia, South Africa, and South Korea, who were invited as guests to join parts of this year’s G7 Foreign and Development Ministers’ meeting.

Minister Garneau and Canadian delegates will adhere to quarantine requirements upon their return to Canada.

“Global challenges call for global cooperation, and Canada is committed to continue working together with key partners to tackle pressing and difficult issues. This G7 meeting was an opportunity to expand global efforts to defend human rights, fundamental freedoms, and the rules-based international order,” Marc Garneau said.