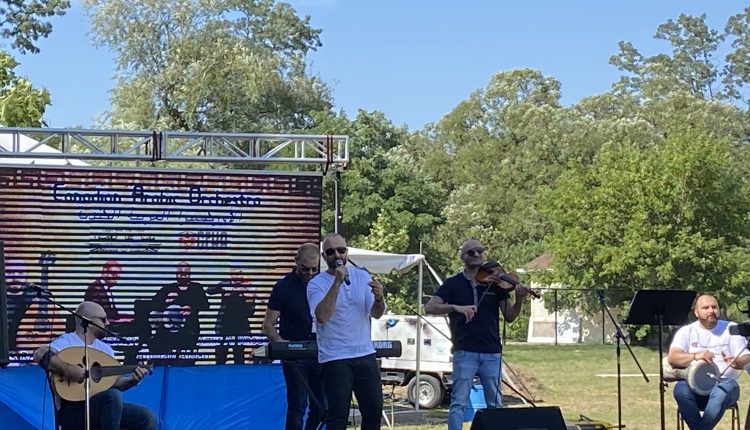 The fourth edition of the Egyptian Civilization and Heritage Month wrapped up on Sunday with a huge festivity and the second Egyptian Heritage Festival at the Croatian Parish Park in Mississauga.

Hundreds of Egyptians in Ontario flocked to the park to celebrate the closing ceremony, organised by the Canadian Egyptian Heritage Association (CEHA), with the participation of the Canadian Arabic Orchestra. This year’s version saw the return of the in-person events and the participation of several Egyptian communities and Egyptian artists and figures from Egypt through the Zoom application.

MPP Sheref Sabawy delivered a speech in which he stressed that this month is an opportunity for all Egyptians to be ambassadors for their country to showcase Egyptian culture and art and also to build bridges of communication with other communities in Canada.

He also stressed that this month belongs to all Egyptians, and it is a great opportunity for the second and third generations to communicate continuously with their mother country, Egypt.

This year’s events witnessed the ceremony of raising the Egyptian flag outside the Ontario parliament for the fourth year in a row, along with a series of events in Egyptian restaurants, and the organization of the Egyptian Heritage Festival with the participation of a number of guests and artists from Egypt.

In 2019, MPP Sheref Sabawy submitted Bill 106 to the Parliament of Ontario, requesting to dedicate a month to celebrate the Egyptian community in Canada and their culture. Shortly afterward, Egyptian Heritage Month became a “permanent celebratory month for generations to come”.

Over the past few years, the Egyptian community in Canada played an effective role that was crowned by proclaiming the month of July every year as Egyptian Heritage Month.