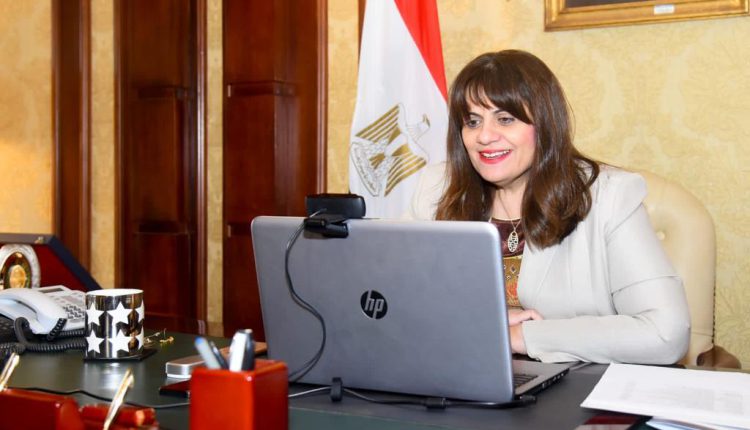 The Minister of Emigration added that she will work to implement a sustainable communication strategy with Egyptians abroad by launching a panel discussion under the slogan “An Hour with the Minister” on a regular basis, in which she meets without an intermediary with the Egyptian communities in various countries to know their needs, suggestions and demands.

She underlined that the relationship of Egyptians abroad with their homeland comes at the top of her priorities, and the results and recommendations of the Conference of Egyptian Entities Abroad in its third edition, with the participation of representatives of the concerned authorities, were submitted to Prime Minister Dr. Mostafa Madbouly, and these recommendations included addressing various topics of interest to Egyptians abroad.

The minister was also keen to introduce the ministry’s direction to launch the first electronic application, which includes all services provided to Egyptians abroad, in cooperation with all concerned authorities, and will also include all the privileges that will be made available during the coming period to Egyptians in various countries of the world.

The meeting was attended by several Egyptian figures in the Canadian community, including President of the Nile Association of Ontario, Dr. Mohamed El-Halwagy, MPP Sheref Sabawy, Owner and Founder of Media in Toronto, Said Henry, Dr. Waguih ElMaraghy, Professor and Director of the Intelligent Manufacturing Systems Centre (IMSC), at the University of Windsor, President of Egyptian Canadian Business Network, Adel Boulos, as well as Ambassador Amr Abbas, Assistant Minister of Immigration for Communities Affairs.