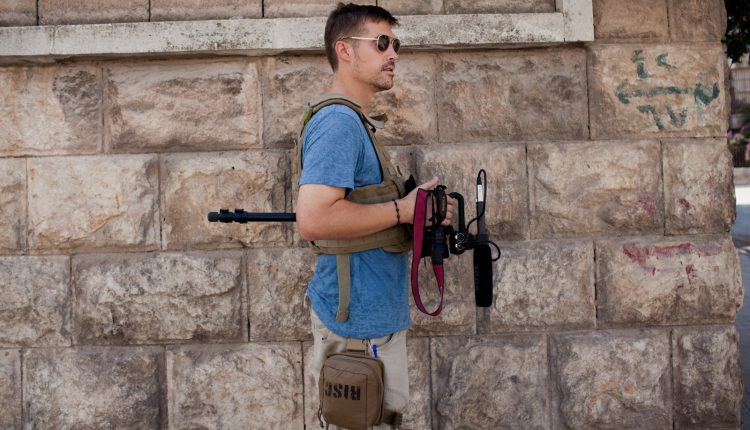 Journalist safety must be protected as Russia launches invasion of Ukraine, IPI says

The International Press Institute (IPI) global network of editors, journalists, and publishers has expressed steadfast support for and solidarity with members and journalists in Ukraine in the wake of Russia’s attack on the country.

“We demand that journalist safety and the right to cover developments independently and without fear of retaliation be protected,” the IPI said in a statement on Thursday.

“IPI is monitoring the situation closely and will use all available channels to condemn any attacks on the press and seek accountability for those responsible. The immediate physical safety of Ukrainian journalists, as well as all international journalists reporting from within the country, is of the utmost concern.

IPI is horrified by Russia’s invasion of Ukraine and demands that the safety and the right to report of all journalists working in the country be immediately guaranteed. Those working in current conflict zones and military correspondents on the frontlines are our immediate concern as they face serious threats to their safety. We remind Russia that journalists are never legitimate targets and that military operations must seek to limit the loss of life.

As the first casualty of war is so often true, it is vital that the free flow of independent news and information is fully respected. In times of crisis such as this, the media plays a fundamental role in providing timely and accurate information about developments on the ground. The targeting of news organizations covering the conflict or any attempts by Russian forces to knock out key telecommunications or broadcasting infrastructure in Ukraine would be completely unacceptable,” it said.

“The entire world is watching Russia’s war of aggression in Ukraine. As events unfold in the coming hours and days, IPI calls on international bodies including the United Nation’s Human Rights Council, the Organization for Security and Co-operation in Europe, and the Council of Europe to closely monitor all forms of attacks on journalists and restrictions of the freedom of the press and hold those responsible accountable for their actions. We also call on the EU and its Member States to offer emergency visas, refugee status, and humanitarian support to any journalists forced to flee Ukraine because of their profession.

IPI is setting up a monitoring team and will coordinate with national press freedom unions in Ukraine to ensure all attacks on the media and independent journalists are systematically recorded and responded to. We will also work with partner press freedom organizations in Europe to help provide emergency practical and emergency relocation support to any Ukrainian journalists forced to flee the country,” it added.

IPI also commends the courageous work of our members and journalists reporting on the ground in extremely challenging conditions, including our colleagues at the Kyiv Independent, who have been working tirelessly to cover developments, provide sober analysis and ensure the world knows what is happening. IPI stands side by side with them and all other journalists in Ukraine during this moment of crisis.

The National Union of Journalists of Ukraine (NSJU) issued a statement on Thursday morning stressing: “The safety of journalists at the forefront, the safety of media workers throughout our country, which is being attacked by Russian occupation forces, is our priority.”

It said it has set up a special team to monitor the situation and coordinate the actions of NSJU members in Ukraine.