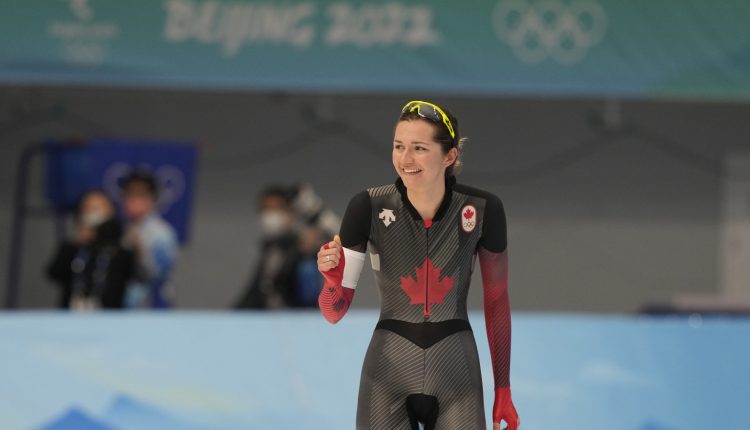 Canada’s Isabelle Weidemann won her second medal of the Beijing Olympics on Thursday after reaching the podium in the women’s 5,000-metre speed skating final.

The tall, powerful athlete from Ottawa turned a six-minute 48.18-second performance into silver in the women’s 5,000 metres on Thursday night after earning long track bronze in the 3,000 at the Ice Ribbon oval last Saturday.

After coming sixth in the event at PyeongChang 2018, the Ottawa native knew what she needed to work on during the next quadrennial, and it paid off as she crossed the finish line winning her heat with the top time of 6:47.18.

“I’m so excited,” Weidemann said after stepping on the podium for a second time. “Winning a medal earlier in the week, I thought it was the top of it, so this is also very exciting. I was hoping the 3000m wasn’t a fluke.”

“The 5000m is my most favourite event and I fought for the last five laps, just counting down the strides. I really emptied the tank today [and] gave all my energy. I haven’t skated that deep into the hole in a while. And I was just trying to stay on my feet,” she said.

She will chase a third medal Tuesday with teammates Ivanie Blondin and Valerie Maltais in the women’s team pursuit.