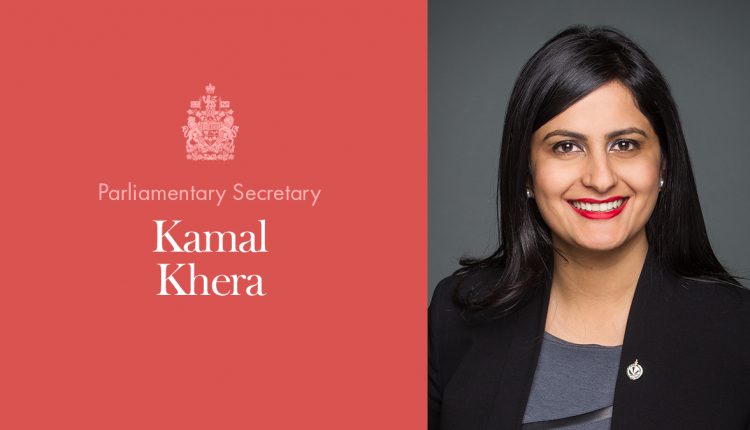 Liberal MP to step aside after travelling to Washington

Shady Salah – Media in Toronto
Brampton-West MP Kamal Khera will step aside from her position as parliamentary secretary after travelling abroad over the holidays in order to attend a memorial for deceased family members. In a statement posted to social media, Khera said that she was faced with the loss of her father in September, followed by the death of her uncle a few weeks later. A small memorial attended by fewer than 10 people was held in Seattle, Wash. was held for those who could not be there at the funerals, she said. She returned to Canada on Dec. 31.

Thirteen politicians have now admitted to leaving Canada over the December holiday period, that as their constituents stayed home in adherence to public health guidance meant to curb the spread of COVID-19. Last week, Ajax MPP Rod Phillips resigned as Ontario’s Finance Minister following his secret Caribbean vacation. Politicians in Manitoba, Alberta and Saskatchewan have also been cited for travelling.  The federal government, meanwhile, has reportedly considered barring Canadians who travelled abroad from receiving a sick leave benefit aimed at those who must quarantine for 14 days.
Employment Minister Carla Qualtrough said yesterday that vacationers were never intended to qualify for the Canada Recovery Sickness Benefit.