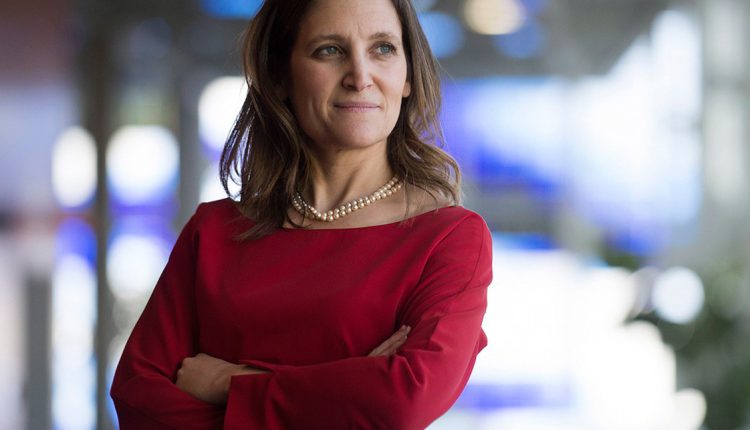 The Liberals have outlined their latest aid package for an economy recovering from COVID-19, proposing targeted support to severely affected businesses, locked-down workers, and extra weeks of benefits that expired just days ago.

The legislation introduced Wednesday in the House of Commons is one of four bills the government wants MPs to pass before the middle of December ahead of a scheduled winter break.

The Liberals are proposing to send $300 per week to workers who find themselves off the job because of a pandemic-related lockdown between now and spring 2022.

“With high vaccination rates, over a million jobs created, children back in school, and businesses across the country reopening, the time has come to adapt support measures to these new and improved circumstances,” said Deputy Prime Minister and Finance Minister Chrystia Freeland on Wednesday.

The minority Liberals estimate the new aid package would cost $7.4 billion, and the government needs parliamentary approval to spend the money, including enough opposition support.

Dan Kelly, president of the Canadian Federation of Independent Business, praised the extended list of eligible companies but said the high bar for revenue losses would leave out too many small businesses.

Similarly, Restaurants Canada asked the Liberals to lower the revenue-loss requirement over worries that many financially viable operations won’t survive the pandemic.

The government also wants to extend to May a hiring credit for companies that add to their payrolls by boosting wages, rehiring laid-off workers, or new hires. The credit doesn’t require as deep a revenue loss to qualify.

Finance Minister Chrystia Freeland said the economy is no longer in the same crisis that gripped the country at the onset of the pandemic when three million jobs were lost over March and April of 2020.