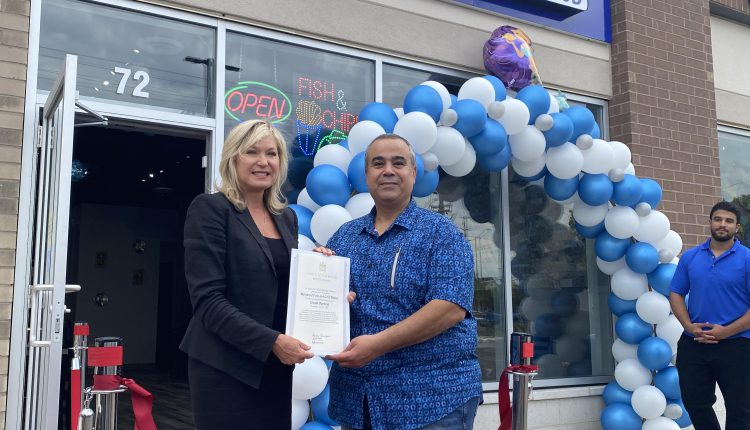 Addressing the owner Chef Hesham Haggag and other attendees during the inauguration ceremony, the mayor said “We know that you have been in Mississauga previously, and you are famous in Toronto as well. You have a great restaurant and you are a great chef. Your reputation followed you wherever you go from Toronto back here in Mississauga.” The mayor expressed happiness that Chef Hesham is back in Mississauga and the large number of people attending the opening of the new restaurant. She later tweeted saying “Proud to welcome Mermaid Fish and Grill House, a beloved Egyptian restaurant serving Mediterranean seafood, back to Mississauga! Chef Hesham’s reputation followed him across the GTA, but when the opportunity arose, he knew he had to come back to his loyal customers in our City!”

Located at 4700 Ridgeway Drive, Chef Hesham Haggag and his team at Mermaid are proud to present the famous recipes of fresh seafood on the Alexandrian Egyptian recipe in Mississauga and Toronto area since 2011.