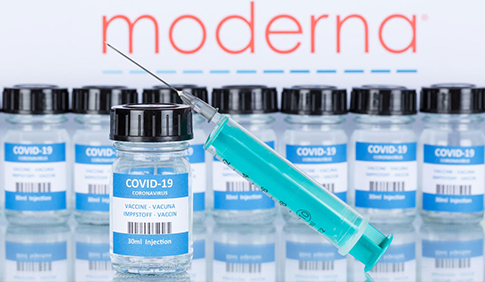 Canada will be the home of a new Moderna plant to create mRNA vaccines.

The US drugmaker signed an agreement with the Canadian government today to bring a state-of-the-art production and research facility to Canadian soil.

François-Philippe Champagne, the federal minister of innovation, science, and industry, said this will both create jobs and make sure we can respond to future emergencies.

According to The Canadian Press, Moderna, and Ottawa are still ironing out specifics, including how many dollars the federal government will drop on the new plant, as well as where and when it will be built.

Federal Minister of Health Patty Hajdu echoes these thoughts, praising how prepared Canada will be in the future.

“We know infectious diseases arise, and we know that one of the biggest challenges in coming up with vaccine technology that can help fight back infectious disease, and it’s been a critical component of public health and reducing the spread and saving lives since vaccines were first developed,” explains Hajdu. “Of course with the challenge of not having vaccine production in our country, we of course saw what happened earlier in the pandemic with countries that didn’t have that manufacturing capacity. Having to wait for shipments to arrive, Canada will never be in that situation again.”

Bancel said the plant will be able to produce vaccines by the end of 2024, and Moderna will be working with provinces in the coming weeks to select the location.

The move comes after Champagne said Ottawa would provide $199 million to Mississauga’s Resilience Technologies, a figure that represents about half the cost of revamping and expanding the current plant in order to produce up to 640 million doses of the mRNA vaccines each year.

To date, Canada has played zero role in the production of any COVID-19 vaccine, leaving the country dependent on imports from other nations to protect its citizens against the relentless virus. Subsequently, Canada’s vaccine rollout was notoriously slow.