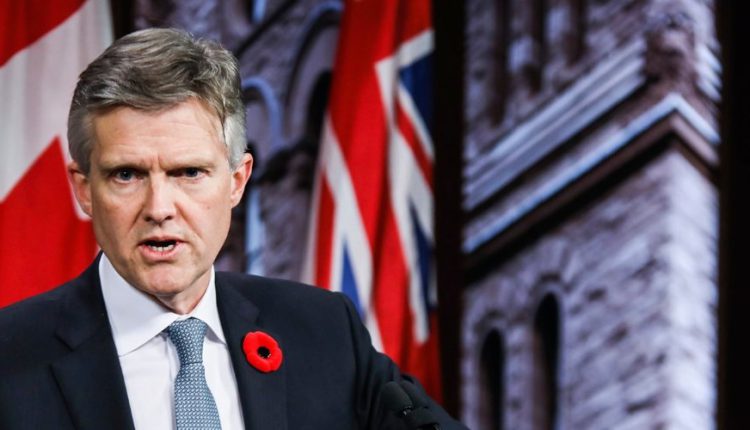 MPP Rod Phillips To Step Down, Will Not seek re-election in June

Minister of Long-Term Care Rod Phillips has announced that he is resigning his seat and won’t seek re-election in the spring.

Phillips, who is the MPP for Ajax and the province’s long-term care minister, said he will step down from his posts next month and will return to the private sector.

Phillips announced his retirement from politics via twitter, citing a desire to return to the business world.

“I have always considered public service a privilege and it has been an honor to serve as the MPP for Ajax and in three Cabinet portfolios,” he explained, “That said, my professional life has been spent in the business world and I look forward to returning to the private sector.”

Phillips served as environment minister for the first year of Ford’s government. He was then named finance minister, but resigned from that position in December 2020, hours after he returned from a controversial two-week trip to St. Barts despite public health rules against travel at the time.

Minister Ng speaks with India’s Minister of Commerce and Industry, Consumer Affairs and Food and Public Distribution and Textiles