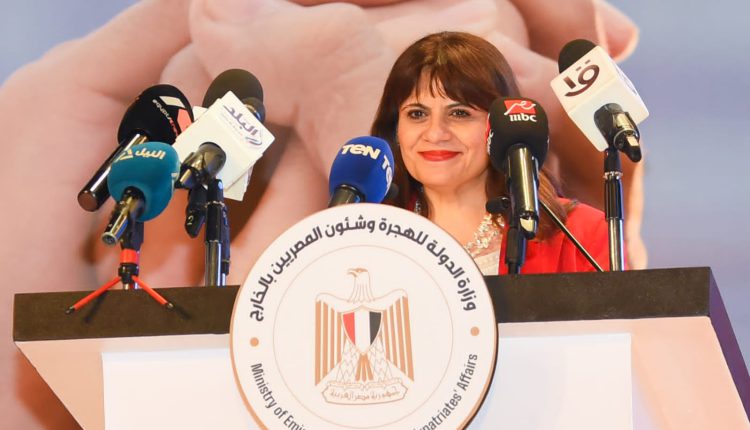 State Minister for Emigration and Egyptian Expatriates’ Affairs Soha Gendi opened on Tuesday the third edition of the Conference for Egyptian Entities Abroad attended by 346 participants representing 45 Egyptian entities from 38 countries in the New Administrative Capital.

The third edition of the conference is meant to review the ways of cooperation between Egyptians abroad and their motherland.

During her speech at the opening of the “Egyptian Entities Abroad” conference, Ambassador Soha Gendi conveyed the greetings of President Abdel Fattah El-Sisi to the conference participants. She expressed her happiness and honor with the confidence of the political leadership… and giving her an opportunity to serve the country as Minister of Immigration.

The conference aims to introduce Egyptian entities abroad to the development efforts that are taking place on the homeland and to promote the Egyptian state in the country of residence. Among the conference’s objectives is to listen to their suggestions and inquiries of entities and Egyptians abroad, and work to implement them in coordination with the concerned authorities in the country.

It also aims to come up with recommendations that would solve the problems, as well as achieve acquaintance and communication between Egyptian entities abroad.

The conference includes three sessions on “National Projects and Real Estate Investment Opportunities in Egypt”, “Civil Affairs and Recruitment Services of the Egyptians expatriates” and “Developing Education and the First Insurance on Egyptian expats.”
The conference is scheduled to discuss different topics, including: the cultural role and its importance for Egyptians abroad, the importance of supporting talented people, as well as promoting cultural activities and initiatives, including the presidential initiative “Speak Arabic”.

The conference will be attended by representatives of all ministries and relevant government agencies.

The political leadership is paying a greater attention to Egyptians abroad in different world countries, she said, adding that her ministry was keen on holding the conference’s third version to probe ways of boosting contacts and cooperation between Egyptian expats and their motherland.