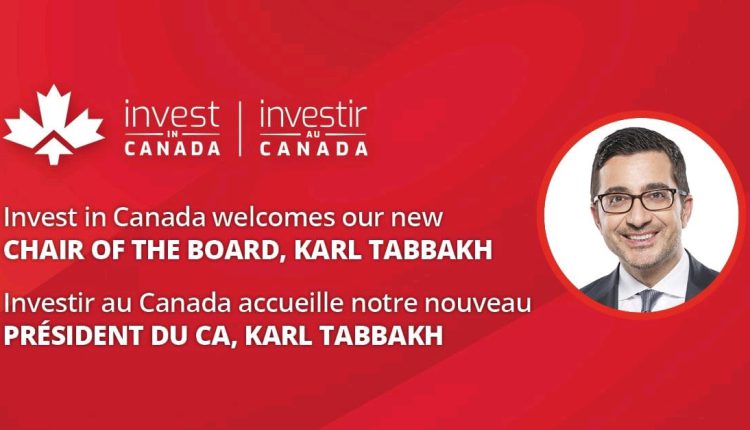 Mary Ng, Minister of International Trade, Export Promotion, Small Business and Economic Development, on Tuesday announced the appointment of Laurel Broten as chief executive officer (CEO) of Invest in Canada and Karl Tabbakh as chair of the board of directors.

These experienced and dynamic leaders will take on their roles—at a time when Canada is attracting record-high levels of FDI—to further boost the economy and create quality jobs for Canadians, according to a news release.

As Canada’s FDI attraction and promotion agency, Invest in Canada aims to draw the best global companies to Canada’s shores.

Working with federal, provincial, regional and municipal partners, Invest in Canada advises and supports companies throughout their investment journey anywhere in Canada.

Broten most recently served as the president and CEO of Nova Scotia Business Inc., from 2015 to July 2022. In this role, she led a team responsible for promoting Nova Scotia businesses to the world and selling the world on Nova Scotia. She has served in leadership roles in both the public and private sectors and as a champion for women, diversity, equity, and inclusion for 30 years.

Tabbakh is the regional managing partner for Quebec at McCarthy Tétrault LLP and co-leader of the firm’s international and business strategy. He is also the chair of the board of directors at the Canadian Chamber of Commerce for 2021 to 2022. In addition to his legal expertise, Mr. Tabbakh has extensive international experience, and he brings his unique investor and business experience to clients.

The appointments of Ms. Broten and Mr. Tabbakh are in lockstep with Canada’s economic recovery mandate, which is focussed on building an inclusive, prosperous and sustainable economy. Mr. Tabbakh’s appointment takes effect this week and Ms. Broten assumes her role on October 3.

The minister lso expressed her deep appreciation for Katie Curran, who is the interim CEO and chief administrative officer, and Mitch Garber, the outgoing chair of the board of directors, for their contributions to Invest in Canada.

Ms. Broten is an award-winning CEO, a former Ontario Cabinet minister, a lawyer, a legislator, an advocate and a community builder.

She held senior roles in the Government of Ontario from 2003 to 2013. Prior to being elected, she graduated with distinction with a Juris Doctor degree from Western University and practised as a commercial and civil litigation lawyer with 3 leading Canadian law firms.

He is an active advocate and leader in the business community, and currently serves as chair of the board of the Canadian Chamber of Commerce and on the board of directors of the Canada Arab Business Council.

Born in Syria, he immigrated with his parents to Canada at the age of 10. He holds a bachelor of law degree from Osgoode Hall Law School.