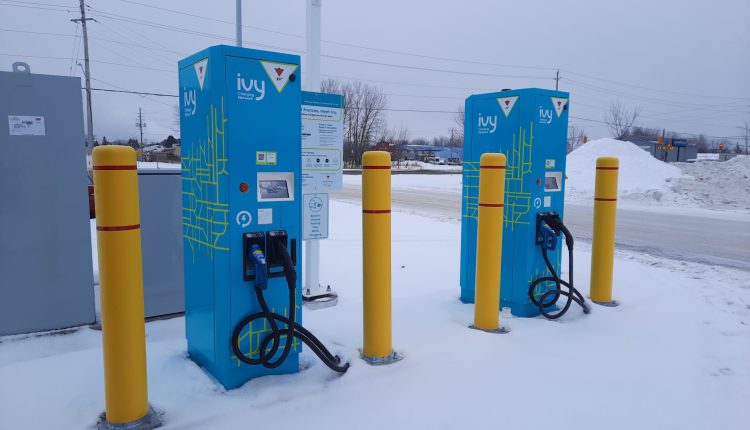 “Ontario is building critical infrastructure in convenient and accessible locations like ONroute stops along our highways,” said Todd Smith, Minister of Energy. “Beginning today, drivers can pull into an ONroute station along our province’s busiest highway to grab a coffee or a meal while charging their car, making it easier to explore Ontario or visit family and friends. These new EV fast charging stations will boost EV ownership, support Ontario’s growing EV manufacturing industry and reduce emissions.”

The six rapid charging stations are part of a historic EV charger roll-out announced in December by the Ontario government, along with Hydro One and Ontario Power Generation’s joint Ivy Charging Network that will see a total of 69 fast chargers built at all 23 ONroute locations.

The deployment of rapid charging infrastructure will see ONroute locations along highways 401 and 400 equipped with at least two EV chargers at each site, with busier sites equipped with more. The EV chargers will be available to all drivers on a pay-per-use basis and will serve all vehicle types.

“As more electric vehicles come onto our roads each year, it’s vital that we build the infrastructure to support them, including new highways and charging stations,” said Caroline Mulroney, Minister of Transportation. “Drivers of electric vehicles can now take advantage of the Ivy Charging Network at six ONroute locations, with more to follow in the coming months.”

These chargers will further encourage the electrification of the transportation sector in Ontario by making EV charging more accessible, and as the EV population grows more chargers may be added at each site. The electrification of the province’s vehicles will continue to reduce greenhouse gas emissions by shifting away from gas-powered vehicles and utilizing Ontario’s clean electricity supply, one that is more than 90% emissions-free.

“This is good news for drivers, as they’ll now be able to charge up their vehicle at several ONroute locations across the province, including at either Odessa or Napanee,” said Daryl Kramp, MPP for Hastings—Lennox and Addington. “Increasing choice and convenience for local drivers means that it will be easier for families to charge up for a road trip and make electric vehicle ownership a more realistic choice for families.”

This is one more way that Ontario is supporting EV ownership and reducing emissions. Earlier this month, Minister Smith asked the Ontario Energy Board (OEB) to provide him with options to implement a new ultra-low overnight Time-of-Use electricity price plan that could help Ontario families save money and support electric vehicle adoption by reducing overnight EV charging costs when province-wide electricity demand is lower.

This initiative builds on the government’s Driving Prosperity: The Future of Ontario’s Automotive Sector plan to create a domestic EV battery ecosystem in the province and position Ontario as a North American automotive innovation hub, by working to support the continued pivot to electric, low-carbon, connected and autonomous vehicles.