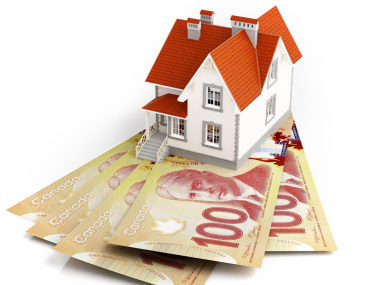 Statistics Canada on Friday said mortgage borrowing hit a record in the second quarter as the amount Canadians owe relative to their income climbed higher.

Despite the sales of existing homes moderating as the quarter progressed, the pace of mortgage borrowing doubled from the previous quarter, pushing up mortgage debt by a record amount as the low-interest-rate environment continued and stricter mortgage underwriting rules went into effect in June, Statistics Canada said.

At the same time, household investment in residential real estate hit record highs as new additions to the housing stock continued to climb.

Household accumulation of currency and deposits picked up the pace again after slowing considerably in the first quarter, while the investment holdings of households benefited from the persistent strength of domestic and international financial markets. The rising value of household financial assets and residential real estate contributed to an increase in household net worth of over half a trillion dollars in the quarter. Both the federal government and other levels of government continued to borrow through the issuance of bonds rather than short-term debt. Private non-financial corporations increased their demand for funds, primarily borrowing through non-mortgage loans and issuing bonds. Meanwhile, the financial sector raised its supply of funds, lending a record amount of mortgages and purchasing the majority of government bond issuances.

Despite the rising share of debt to disposable income, the household debt service ratio, measured as total obligated payments of principal and interest on credit market debt as a proportion of household disposable income, decreased from 13.45% in the first quarter to 13.32% in the second quarter, it said.

The household debt service ratio, measured as total obligated payments of principal and interest on credit market debt as a proportion of household disposable income, fell to 13.32% in the quarter compared with 13.45% in the first quarter.