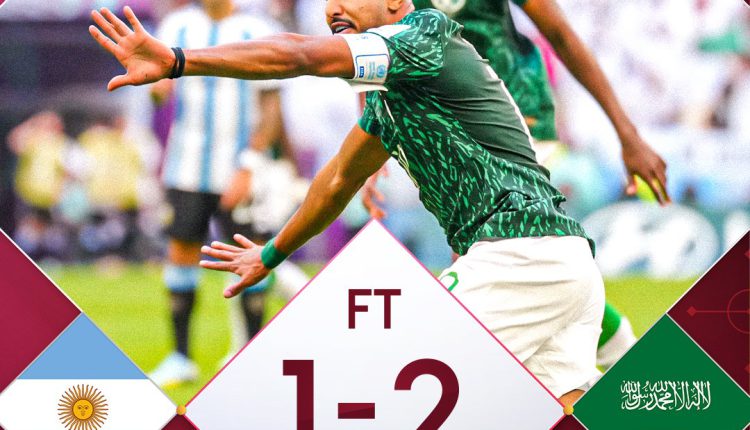 Saudi Arabia made History on Tuesday as they stunned Lionel Messi’s Argentina 2/1 in their Group C opener in one of the biggest upsets in World Cup History.

Lionel Messi had given one of the pre-tournament favourites the lead from the penalty spot after a contentious VAR decision (10) but Saleh Al-Shehri levelled just three minutes into the second period to set up an almighty upset.

Despite plenty of possession after that, Argentina were unable to find the all-important equaliser as they slipped to a stunning loss.

La Albiceleste last lost their opening World Cup group game in 1990 – against Cameroon – but they went on to reach the final where they lost to Germany but that will be of little consolation to the South Americans right now following defeat to the nation ranked 51st in world football.