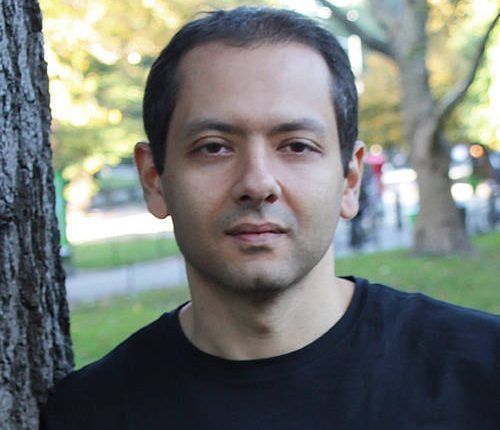 Omar El Akkad has won the 2021 Scotiabank Giller Prize for his novel “What Strange Paradise”.

The Egyptian-Canadian author and journalist received the at a televised Toronto gala Monday night.

“For the next couple of minutes that will be very, very awkward, you will realize that I didn’t think I had a chance in hell at this,” El Akkad told the crowd assembled at the Park Hyatt hotel.

“And so I’m making this speech up as I go along.”

He thanked his mother for “everything,” his wife for taking care of his kids while he plays “boy author” and he honoured his father’s memory.

“What Strange Paradise,” published by McClelland & Stewart, is a novel about two children caught in the global refugee crisis.

In their citation, the jury said the book “raises questions of indifference and powerlessness and, ultimately, offers clues as to how we might reach out empathetically in a divided world.”

What Strange Paradise is a novel that tells the story of a global refugee crisis through the eyes of a child. Nine-year-old Amir is the only survivor from a ship full of refugees coming to a small island nation. He ends up with a teenage girl named Vanna, who lives on the island. Even though they don’t share a common language or culture, Vanna becomes determined to keep Amir safe. What Strange Paradise tells both their stories and how they each reached this moment, while asking the questions, “How did we get here?” and “What are we going to do about it?”

Omar El Akkad is a Canadian journalist and author who currently lives in Portland. He is also the author of the novel American War, which was defended on Canada Reads 2018 by actor Tahmoh Penikett.

One In Four Canadian Businesses Looking To Sell, Close – Report

Biden To Host Canadian, Mexican Leaders In Washington Next Week