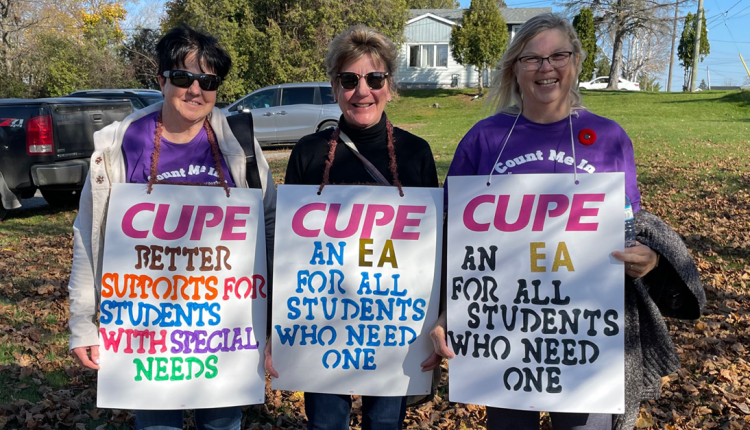 Ontario school boards are putting plans in place as education workers across the province prepare to strike on Monday for the second time this month if a new deal is not reached with the government.

The Canadian Union of Public Employees (CUPE) announced Wednesday that it filed a five-day strike notice, saying that after two full days of bargaining, talks with the province have broken down once more.

The Ministry of Education’s latest offer included a $1 per hour raise each year. The Canadian Union of Public Employees (CUPE) said both sides agreed to the 3.5 per cent annual salary bump.

However, the union wants the Ford government to guarantee higher staffing levels and early childhood educators in every kindergarten class.

In case there will be a strike here is the list of boards that will be participating: