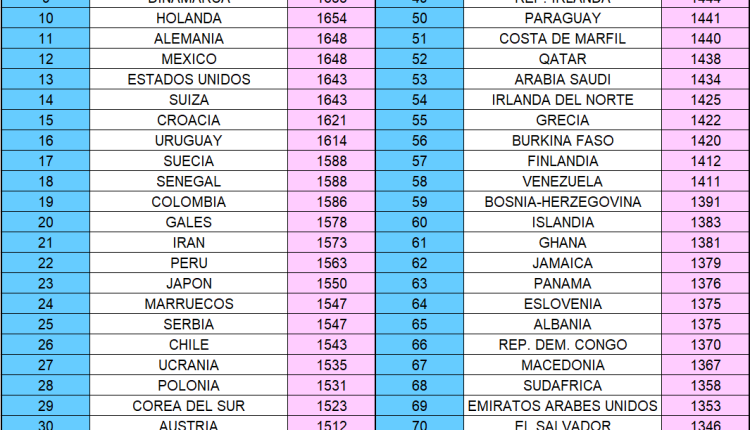 The Canadian men continue their record rise up the FIFA world rankings, climbing seven spots to another all-time high at No. 33.

Head coach John Herdman’s team is atop the Concacaf Octagonal standings with 25 points, the byproduct of going undefeated through 11 matches (7W-0L-4D).

A draw against Costa Rica on March 24 would send Canada to its first World Cup since 1986.

The national team has steadily moved up the rankings since advancing to the final round of qualifying in the CONCACAF region. In December, Canada jumped from 48th to 40th, tying its previous best set in 1996.

Les Rouges’ seven-spot climb is aided by a 2-0 win over the United States in their winter trio of World Cup qualifiers, with head coach Gregg Berhalter’s team dropping two places to No. 13 overall. The USMNT sit second in the Octagonal standings (21 spots) and on track for a Qatar 2022 World Cup berth, too.

The shift for head coach Gregg Berhalter’s team pushes them one spot below Mexico (No. 12 overall) before a March 24 battle at Estadio Azteca between the regional rivals. El Tri are third in the Octagonal standings by virtue of the goal-differential tiebreaker.