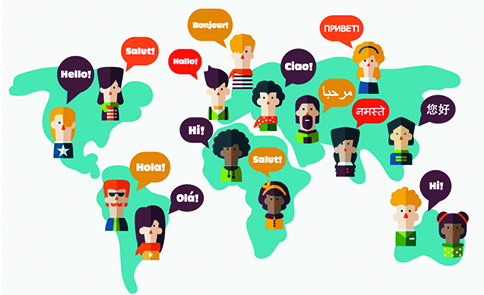 The Importance Of Language In Marketing To New Canadians

As we turn the corner on COVID, where is your growth going to come from? Is it going to come from your existing clients organically? Are you going to be able to win market share from your competitors? Or can you find a “greenfield” opportunity to reach out to customers who may never have heard of your brand? If you’re interested in the third option, then you need to look at the newcomer opportunity.

The ethnic opportunity in Canada is already the size of the population of Quebec. But that snapshot of time is changing rapidly. Over the next three years, the Government will be welcoming 1.2 million permanent residents to our shores. You can add to that the 640,000 international students that grace our colleges and universities on an annual basis. Already 60% of them are staying post-graduation – that number goes up to 85% for Chinese and South Asian students. The Government is in the process of changing the legislation to make it easier for international students to stay in the country.

Marketing to Newcomers “In Language” is Critical
In reaching out to new Canadians, it’s important to be “in-language” as well as “in-culture”. We know that 20% of Chinese Canadians do not speak English or French. That means you are not reaching them with your mainstream advertising. Furthermore, 70% of Chinese people in Canada are first generation. Even when it comes to second generation, language at home continues to be Chinese.

South Asians and Filipinos were part of the British Commonwealth and, as such, they have a solid grasp of the English language. Still, 70% of recent immigrants prefer to speak a third language at home. It is important to reach consumers in their language of choice and comfort.

Ethnic consumers pay more attention to advertising that’s in their own language and feel closer to companies that advertise in their ethnic language.

But beware – Google Translator is not a solid multicultural strategy. Recently a staff member of mine showed me an ad where Jerk Chicken had been translated into Chinese. The back translation into English was “Obnoxious Chicken.”

Cultural Relevance is Key
Further, being “in-language” isn’t enough – you also need to be “in-culture”. You’ve got to make certain that the message you are communicating is one that resonates with your audience. One example was of a fitness studio that was messaging on an out-of-home billboard that “Only a dumbbell would spend more on gym membership”. How many ethnic consumers would understand that a dumbbell is a weight, and even if they did, that a dumbbell is a colloquialism for an idiot? Cultural relevance is key.

A Fall 2020 study by AIMM indicated that the benefit of being both “in-language” and “in-culture” resulted in 2.7 times greater likelihood to buy from a brand for the first time, increased advertising effectiveness two to three times, and that purchase intent was tripled.

CulturaliQ COVID research also revealed that ethnic consumers’ consumption of all forms of media – be it traditional, digital or social – increased dramatically during the pandemic. Their research also showed that advertising in ethnic media improved brand recommendation and purchase intent.

Howard Lichtman is a co-founding Partner of Ethnicity Matters. Prior to Ethnicity, Howard was the President of The Lightning Group and Executive Vice President of Marketing Communications at Cineplex. He is also responsible for all of the marketing, programming and sponsorship for the Taste of the Danforth. He served as the CMO of the Ethnic Channels Group- Canada’s largest distributor of Ethnic Channels from home. He created the American Express Front of the Line program, transformed cinemas from just movie theatres to media outlets with launch of screen advertising and has sold the largest sponsorship to live theatre in history – $15 million to Amex, Pepsi and Labatt.

Howard is Juris Doctor and MBA, and has taught a course at Ryerson on How to Launch an e-Business. He is an angel investor in the Interior Design Show, Sensibill, NXM Labs, DotHealth, MediSeen, LifeWire, Geogram, My Broker Bee, Halvana and NISE Technologies. In addition, he is a member of the Schulich School of Business Global Management Program’s “Devil’s Advocate” Panel. He also serves as a Judge of The Global Hult Competition. He has served on numerous non-profit Boards, including as the Vice Chair of the Board of the Ontario Science Centre. Howard currently serves on the Board of Governors of Exhibition Place. He is also very active with the Schulich School of Business