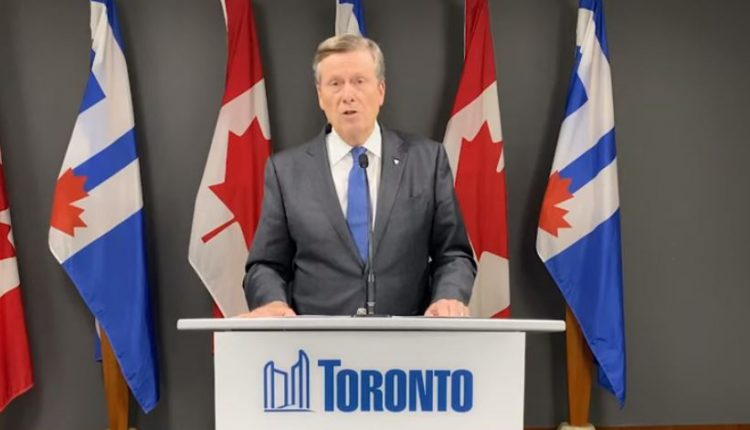 Toronto Mayor John Tory has announced his selections for key committee roles at city hall, as well as a number of new special positions which include important files like the 2026 FIFA World Cup.

In an email to city councillors Thursday morning, Mayor John Tory outlined his focus on placing people in city government positions where he felt they could best contribute to his agenda.

Tory said that he will appoint his deputy mayor Jennifer McKelvie as chair of the Infrastructure and Environment Committee while Shelley Carroll will lead the Economic and Community Development Committee, Brad Bradford will serve as the city’s housing champion and James Pasternak will lead the General Government and Licensing Committee.

Jon Burnside, who is beginning his second term as city councillor following a four-year absence, has been tapped as TTC Chair.

He replaces Jaye Robinson in that role. Robinson, meanwhile, will take over a special position related to Toronto’s role as a host city for the 2026 FIFA World Cup.

“I welcome their new voices and look forward to working with them on the important matters that come to the committee,” Tory wrote on the new faces.

During his first address to council on Wednesday, Tory noted the precarious position of the city’s finances with the ongoing burden of an $815-million hole in this year’s budget that legally needs to be filled before year’s-end. Tory also made a point of the difficult budget process the city will be facing down in the new year, so perhaps unsurprisingly, he is sticking with a familiar face to see the process through.