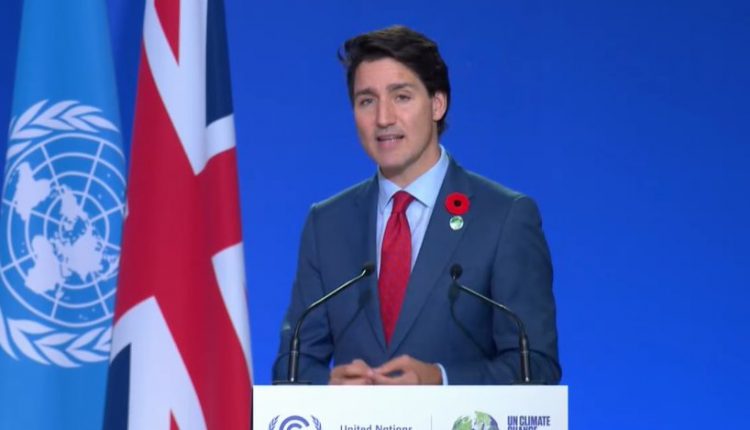 Trudeau In Scotland To Take Part In COP26

Prime Minister Justin Trudeau has arrived in Scotland for the 26th meeting of the UN‘s climate group.

This is the first time he will be at a COP meeting since the Paris agreement was signed just weeks after he first became prime minister in 2015.

Canada wanted a stronger and more ambitious agreement on climate change to emerge from the G20 summit — but leaders still managed to make progress by committing to address some key issues, he said on Sunday.

His remarks came as he wrapped up two days in Rome at the G20 leaders’ summit, where the leaders’ final communiqué saw them agree for the first time in writing that limiting the increase in average global temperatures to 1.5 C above pre-industrial levels would be better for everyone.

A quarter of the G20 leaders skipped the weekend’s events, including Chinese President Xi Jinping and Russian President Vladimir Putin, and Trudeau suggested that affected the language on coal and net zero emissions.

“These are the kinds of things that Canada’s going to continue to push for, alongside all our colleagues,” Trudeau said. “Not everyone around the table was there today and we’re a group that works on consensus as much as possible. “But we’re going to continue fighting for a better future for all.”